This week I have sat on no fewer than five toilets covered in pee in train stations, mall bathrooms, airports, and in restaurants. It seems that everywhere I go, one of you has left me a present to marinate my butt in. Well, I’m tired of cleaning up other people’s piss.The tipping point was last week when I entered a bathroom stall after an older woman exited, only to find she had sprayed the toilet seat like a tom-cat. I was so disgusted that I considered chasing her down and demanding that she return to clean up the mess she left. Lucky for her, my need to pee was greater than my desire to humiliate her, so I considered another option: defacing bathroom stalls. At the time it seemed like a good way to get my message out but then it occurred to me that while my complaint is legit, the importance of it might be lost next to messages like, “Call Jenny for a good time 867-5309.” But you know what’s more effective that bathroom stall doors? The Internet, and here’s what I’ve got to say:

First, you are not going to catch something if you sit on the toilet seat. No, really, you won’t. There is hardly enough concentrated germs and bacteria on the seat to cause an infection and even so, how would they enter your blood stream or urinary tract? And you won’t get the clap either–sexually transmitted diseases are transmitted sexually, so if you’re not having sex on a toilet, you’re probably safe. And if you still aren’t convinced then consider this: bacteria can only live for a very short time outside of the body and even so, cold, hard surfaces are not usual breeding grounds for their kind. There really is no need to hover five feet over the toilet and aim your bits at the bowl.

Second, if you were going to catch something in the bathroom, the toilet seat is not the most likely place. Haven’t you seen Contagion? (Yes, everything I know about cleanliness I learned from movies.) Hands are the biggest culprit for spreading disease and many of those nasty hand bacteria are contracted from wiping one’s butt–not pee which is usually sterile. Do you wipe your butt and then touch the toilet seat? I didn’t think so. However, most of us do wipe our butts and then touch flushers, door knobs, faucets, OUR FACES, and hand towel dispensers. That is where the real danger zone lies–not on the toilet seat but on your hands.

I’m sure one of you little smart asses is saying to yourself, “Then why are there toilet seat covers if toilet seats aren’t dirty?” Fear, my friend, fear. It makes people more comfortable if they believe nothing can hurt them. It’s also because ill-informed bathroom stockers and managers make decisions based on marketing tactics and not statistics. If you’re really afraid of what lurks unseen on the surface of the seat, then skip the tissue paper and opt instead for some Lysol, hand sanitizer, or sanitizing hand wipes. These can all be easily carried in your purse and applied to the surface with minimal effort. Hey, you can even use it as an excuse to spend more money on Burt’s Bees! 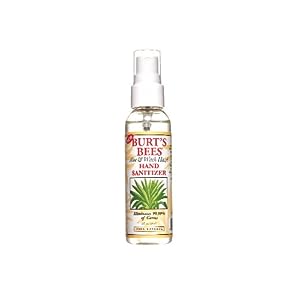 Now your toilet can be fashionably clean!

You don’t need to avoid the toilet like the plague because it’s not there. However, as an adult, you do need to wipe up your mess if you leave one. Would you let someone pee on your leg? I’m guessing not, so why do you keep peeing on mine? Would you like it if I potty trained my toddler in your bed linens? If not then why do you keep pissing on the toilet seat and causing me to smear your piss all over my underwear and pants? It’s not that your pee carries disease, it’s just that it’s gross. So grow up and either sit your ass on the seat like a good little boy or girl or wipe up when you’re through.

Thelma is a photographer and traveler currently residing in Sydney, Australia. In her free time she can be found with her nose behind a camera or obsessing over koalas. View all posts by Thelma