I’m a big Star Wars fan, I’m also a big BioWare fan. In 2004, my most appreciated birthday gift was Knight of The Old Republic, a single player video games made by BioWare. A really good game, with a good story and most of all the “feeling” of being inside the Star Wars Universe.

In 2008, BioWare and LucasArts officially announced they were collaborating together to make a MMORPG (massively multiplayer online role playing game) called Star Wars: The Old Republic.  At first I wasn’t really interested, I tried MMOs a long time ago and I decided that it wasn’t for me. But everything changed when I learned that I could play a Smuggler…and kick people in their sensible region.

Lore background. The game is set a long time ago in the Star Wars Universe, 3500 years before the movies, to be exact. In this time period, the true Sith Empire started a war on the Galactic Republic, trying to take over the galaxy. After 28 years of fighting, with both sides being close to exhaustion, a peace treaty was signed. The game starts a few years later, during a “cold war” between the two allegiances. The official website has a timeline by Master Gnosh-Dural, voiced by Lance Henriksen, that explains the background. 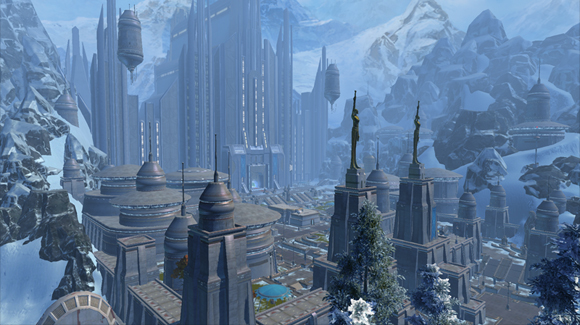 The classes. Any RPG needs classes, SWTOR has 8 of them, split between the Republic and the Empire.  The Republic has the trusty Troopers, Jedi Knights, Jedi Consular and the Smugglers. The Empire has the support of the Imperial Agents, the Sith Warrior, the Sith Inquisitor and the Bounty Hunter. Each one of these classes were based on iconic personalities of the Star Wars universe. Each also has 2 advanced classes, with different gameplay, which technically brings the total classes to 16.

The stories. This is a BioWare games, this means there is story. Each classes comes with its own multi-hour story, where the player can make “dark” or “light” choices. These choices will also affect the later story and what you will see in the gameworld. Also, planets have their own stories with quests and lore. Like all BioWare games since Baldur’s gate, each of the classes gets between 5 and 10 companions. Only one companion will be able to join the player in the game world, the rest will stay in the player’s ship.

Technical side: The player ch 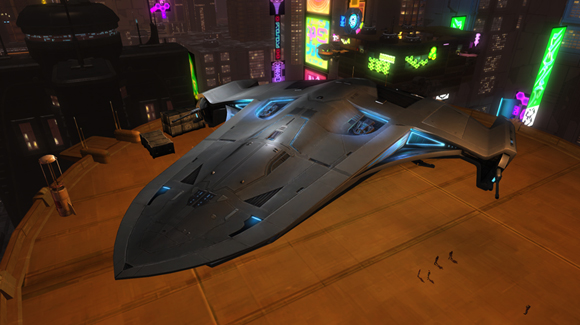 aracter and all the NPCs in the game are fully voiced in English, German and French. There are more than 100 voice actors hired for this project for the English translation. The game has more dialog than the entire run of the Sopranos. BioWare claims it has more content than all their other games combined. The game also have hours of music, at least 5 music composers worked on creating new Star Wars music for the game and they have 9+ hours of music available from the movies and games of the franchise as well.

Art Design: The game sports a painted look, which makes the environment and planet design look really special and unique. The simple designs allow low grade PCs to run the game, so people with older machine will also be able to enjoy the game.

Content: So beside the classes stories and the world stories, we know the game will have a crafting system (that makes use of the Companions), Warzones (player vs player battlegrounds with objectives). There is no concrete information on the number of planets available to explore at launch, one developer said “dozens” in 2009, there are currently 16 of them announced. Also, each players get a ship that act as the player base of operation and house.

The game currently have a release target of Spring 2011.