Ahh, Internet memes. To the uninitiated, they’re just nonsensical pictures and silly words, but to the internet user in the know, they’re potentially deadly weapons of hilarity. 2010, while no year of the apologizing Kanye, still had a string of hits capitalizing on the absurd, sad, bizarre, and side-ache-inducing. Warning: There is language (including the F word) which may be NSFW, after the jump.

I’m starting with the big guns. 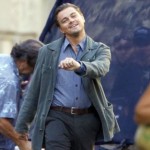 We could write an entire post solely about Inception macros (which are consistently some of the funniest memes I’ve seen this year), but Strutting Leo,who sashays about with that ineffable grin on his face, is the most well-known of the bunch, so we’ll stick with him.

I have no idea how this photo came about or whether Leo’s genuinely happy or just acting, but it was taken sometime while Inception was being filmed. Now Fuck Yeah, Strutting Leo is a full-blown Tumblr with about eleventy billion posts, many of which take advantage of Leo’s memorable turns in Titanic and What’s Eating Gilbert Grape?, though nobody’s shy about inserting Leo in stills from other films he had nothing to do with, like Sideways, Walk the Line, and Godzilla.

When Isaiah Mustafa and that fluffy towel appeared on countless American televisions during SuperBowl 2010, shower gel was propelled from a boring product to an indispensable, mystical avatar of manhood. Of course, it was never really about Old Spice, but about that deep voice (which you can use to record your own phone voicemail at oldspicevoicemail.com) and the fact that ladies could get in on a joke about a devastatingly attractive man “who smells like he can bake you a gourmet cake in the kitchen he built for you with his own hands.”

DUDE, YOU HAVE NO QURAN!

Opposition to the “Ground Zero Mosque” (or Muslim community center, depending on how objective you want to be) was at such a fever pitch this fall, it was almost a meme of its own. Then in stepped Jacob Isom,  skateboarding, rat-tail wearing, Kip-from-Napoleon-Dynamite-resembling 23-year-old, who, with one swipe and a pragmatic explanation, became an Internet phenomenon. Admittedly, I have a weakness for Autotune remixes, but I think the remix embedded above is actually pretty catchy. This is definitely one of the weirder memes, but a personal favorite. The Tumblr Kim Jong Il Looking At Things is exactly what it sounds like: the North Korean dictator inspects plastic buckets, stones, rows of apples, an ear of corn, cows, a computer, crackers, the sky, young women in formation, and even his own son (for whom he seems to reserve a special stink-eye).

Kim Jong Il looking at things is funny in and of itself, but clever ‘shoppers have also placed the venerable leader in such compromising situations as: the middle of a Jersey Shore huddle, the inside of a video game cabinet, and the same park bench as Sad Keanu.

My family lives in Huntsville, so within about 10 seconds of this happening, it was all over my Facebook wall. I initially thought it was weird that people thought something so seriously horrendous as attempted rape could be funny, but I’m glad things worked out the way they did, because Dodson was able to make enough money from the sale of the Bed Intruder song to buy a house for his family and go back to school. This meme stands out from the others in that it started a conversation about how race intersects with Internet fame, not to mention the prevalence of rape and the difficulty of catching predators. The simplicity of MemeGenerator has resulted in lots of snarky goodness with that starburst radial pattern in the background (Courage Wolf, Philosoraptor, Time of the Month Tiger), but by far the best of all (in my humble opinion) is Privilege-Denying Dude.

There was a hugely ironic shitstorm when the original model (blonde guy pictured left) objected to his image being associated with PDD. Can’t say I blame him (I wouldn’t want to be known as Uneducated, Annoying Girl!), but no one can fully undo what the So then this cool, laid-back guy named Edman stepped up, took a picture of himself flexing his most judgmental expression, and offered himself up as the new Privilege-Denying Dude.

Anyway, the genius of PDD is that its critiques don’t just apply to sexist guys, but to anyone who thinks their own unique excuse for being ageist/racist/insensitive somehow exempts them from rules of decency. I decided not to post any of the original Jessi Slaughter videos, as the sight of an 11-year-old girl in hysterics is just not the kind of thing that lends itself to laughter. However, the poor kid’s pitiable situation doesn’t completely overshadow the hilarity of her mustachioed dad shouting “You done goofed,” “I back-traced it,” and “Consequences will never be the same.” This is one of those instances when I don’t really think the Autotune adds much, but I couldn’t find clips featuring only her father’s outbursts, so there ya go. A compromise, sure, but better than adding to the internet bullying of a child.

I’m usually not a “what about the children?” type of worrywart, but this whole situation made me feel kind of glad I didn’t have daily access to a computer until I was 14. Even then I went on AOL chatrooms and pretended to be someone I wasn’t, but at least I wasn’t the subject of extremely salacious rumors (particularly for a preteen) or had access to the equipment to upload a video of me telling my “haters” to kill themselves. It’s hard to choose a favorite meme, but this one’s prevalence alone puts it in the upper echelons of 2010 meme rankings. The first picture above is the original paparazzi shot of poor, handsome, rugged Keanu Reeves eating a sandwich, all alone. (There are also shots of him licking his fingers, but those I find a bit gratuitous).

Those pictures launched a thousand Photoshops, and the outpouring of internet love and support for Keanu was so great that June 15 was declared National Cheer Up Keanu Day, and even TIME magazine got in on the action.

AND NOT A SINGLE FUCK WAS GIVEN THAT DAY Yes, apparently I have the sense of humor of a 9-year-old. Still, these pictures and sometimes even the phrase alone is enough to make me smile, particularly when commenters use them to respond to posts that are evidently supposed to elicit some kind of reaction, usually indignation or outrage. Knowyourmeme.com says the origins of the saying are unknown, but it’s likely a 4chan thing (sigh, what isn’t these days?). I like the carefree animal macros, but there’s also a number of really funny shots of people looking completely nonplussed on amusement park rides, not to mention one of Kim Jong Il and his son, sitting very solemnly while wearing Mickey Mouse ears.

IT GETS BETTER PROJECT

And now we interrupt your regularly scheduled tomfoolery for an example of a meme that actually did some good and had a higher purpose than lulz. After the string of GLBT teen suicides (many as a result of bullying) this fall, sex advice columnist Dan Savage founded the It Gets Better project, which consists of GLBT (and some straight) grown-ups filming video messages to kids who are struggling with their identity, pressures to conform, and overall lack of support, assuring them that life does get better than what most GLBT teens experience in middle school, high school, or even college.

I’ve embedded Dan and his husband Terry’s video above, but there are much more like it on YouTube and the It Gets Better website. The project was picked up by the national media, and President Obama and Hillary Clinton both made videos of their own.

I have the same reaction to the Not A Single Fuck meme. Just hearing it said makes me spit milk out my nose.

Hey, this is a great site!

Ha! Glad I’m not the only one. I’m now encouraged to incorporate it in my replies on Jezebel (well, I deleted my account so I guess I’ll have to make a new one), as now I don’t have much to lose on there.

Persephone Forever!!!!! (Ugh, Bud Light Lime–Do not drink this in excess, as it will trick you into thinking you are invincible and then BAM!!! You are just another drunken Internet commenter).

The autotuned “Dude you have no Quran” just made my day. It’s awesome enough in its original form but this is just fantastic.

I’m glad you like it! When I was making this post up yesterday, I couldn’t stop listening to it–it’s quite good as far as Autotuned nonsense goes.