When people are on the verge on leaving this world, they can be very insightful. However, their last words can also be ironic and funny. Let’s look at some of the best: As an honorable mention: An uncredited colleague said of Teddy Roosevelt after he died, “Death had to take him sleeping, for if Roosevelt had been awake there would have been a fight”.

Personally, I hope my last words lean more towards Thomas Edison’s than to Oscar Wilde’s. What say you, dear readers? What would you like your last words to be? 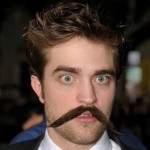 Right before I was knocked out for a major surgery, I started babbling about the wallpaper. So had it gone wrong, my last words would have been Wilde-esque.

I bet there will be a swear in mine somewhere.

I have always thought that if I died in some sort of an accident that I could see coming, it’s likely that my last words will be either “goddammit” and/or “sonofabitch” because that’s what I say whenever I stub my toe or bang my arm or anything.

Anything but, “Hey guys, watch this!”

I’m sort of hoping that my last words are at least a week before I die, so no one recognizes them as such. Though, frankly, knowing our generation? I’ll either tweet or blog my last words, rather than speaking them aloud.

I just hope I’m witty. Excluding that, I really like these lyrics from the musical Jekyll and Hyde: “This is the moment, when all I’ve done, all of my dreaming, schemeing and screaming become one.”

“I told you fuckers I was sick!” – LamoreVincera

“I hope they have cake.”