Margaret Bourke-White was a lady of firsts. She was the first female war photographer, the first foreign photographer allowed to visit the Soviet Union, and the photographer whose photograph was featured on the very first issue of LIFE magazine. She was also the only female photographer to document the concentration camps at the end of World War II, and one of the last journalists to speak to and photograph Mohandas Gandhi before his assassination.

I know that I just wrote about a lady photographer, but look at this woman. Everyone should know about her. Before she settled on a career in photography she studied herpetology–that’s right, amphibians and reptiles. If she didn’t become a badass photographer she was going to be a badass snake scientist. Some people are just destined to be objects of my admiration.

She was a pioneer in the field of industrial photography, which, like the industries themselves was overwhelmingly dominated by men. Her very first LIFE cover, the very first cover of the magazine, was a photograph of the Fort Peck Dam. 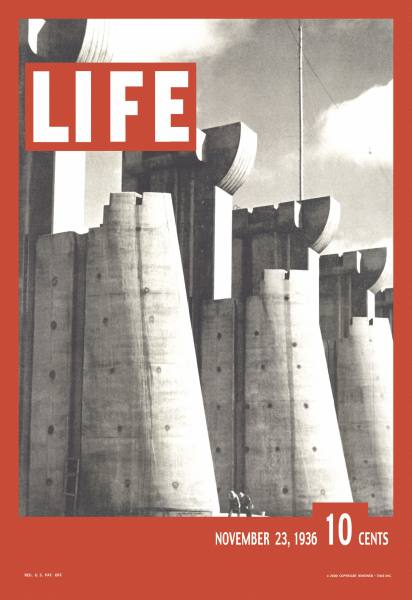 She was the first woman allowed to enter active combat zones, and served as a war correspondent in Moscow during the first wave of German attacks, and later in North Africa and Italy. She was under fire frequently, and survived bombs, torpedoes, and helicopter crashes. She was known to her colleagues as “Maggie the Indestructible.”

One of the things I personally find most interesting about her was that it took her quite a bit of time to discover what it was that she really wanted to do. She bounced around to several universities and through many different programs–both science and photography–before eventually graduating from Cornell University. As someone with a similar history of academic indecision, I find it comforting that she not only discovered her passion, but blazed her own trail through an emerging and difficult industry.

She was also an ardent feminist. After she divorced her husband of only a couple of years, she hyphenated her last name to add her mother’s surname as well as her father’s. She was not just ahead of her time, she was actively knocking down barriers and pushing the world toward progress on her own terms.

She died at the age of 67 from Parkinson’s Disease in 1971, but she is immortalized in the film Gandhi by fellow Badass Lady of History Candace Bergen. You can see her photographs on display at MoMA and in a special collection of the Library of Congress as well as through the LIFE Photo Archive available through Google Images. Take some time to look through her photographs for the magazine spanning nearly three decades of world events and incredible change. Change, ultimately, was Margaret Bourke-White’s legacy.

Does anyone else remember that TBS(?) movie about MBW with Farrah Fawcett? I was too young to remember much of the plot, but there was a scene about her industrial photography that impressed the snot out of me.

Great feature of an amazing photographer. Just wanted to point out that Lee Miller was another female photographer (and badass in her own right) who photographed the concentration camps immediately after WWII.

Love the helicopter shot! Take that Jamie Lee Curtis–Indesctrucible Maggie did it first!

Now I must explore more of her photos.

That helicopter shot of her is amazing. And it flashed me back to Jamie Lee Curtis in True Lies when Schwartznegger lifts her out of the limo as it goes over the edge, and it really was Curtis doing the stunt. But I digress.

What an amazing woman. I had heard of her before, but didn’t know she had done all of that. She should be a legend, and way more famous on a “everyone knows her name” level.