The Golden State has been in a budget crisis for so long that things like the library being shuttered more often than it’s open for “furlough days,” the DMV never being open on Fridays, and the Sheriff’s office pleading for money from members of the public to pay for basic services seem utterly routine. The budget was one of the key bones of contention in the last election and under Governor Jerry Brown, things are going to get worse before they get better. A whole lot worse. Brown has promised cuts at every level of the state, but most of those cuts actually concentrate on California’s social services, hitting an already vulnerable population where it hurts.

Bluntly put, Brown’s budget proposals, amounting to $12.5 billion in cuts in a vain attempt to balance the budget, will be fatal for some low-income Californians. Poor Californians are the least likely to be able to protest, which makes them the government’s favored target for budget cuts, because unlike wealthy taxpayers, they can’t fight back.

One of Brown’s proposals involves shifting responsibility for many activities to local government agencies while forcing municipalities and counties to close down their own local programs to pay to fund services previously handled by the state. For California communities, this represents a double whammy. Brown calls it “across the board cuts,” but it’s about a lot more than that, as many local governments cannot afford to replace the state services they are being asked to cover and will suffer from loss of funding for their own local projects. Among the services the state wants to stop funding are public safety and child welfare, two things we should not be messing around with.

Brown says this is about giving communities more autonomy and focusing on local services, but it’s just the opposite. It’s about the state dodging responsibility to its citizens, and hoping that charities will pick up the slack.

Some of the worst cuts can be seen with disability services. Brown wants to entirely eliminate adult day care, which means that many Californians are going to be facing institutionalization (more expensive than community-based services, incidentally) because their families will no longer be able to meet their care needs. Family members acting as caregivers in California also won’t be able to access respite care, a key feature offered through adult day care.

Lack of respite care is connected with higher incidences of abuse as caregivers get burned out and frustrated; Brown is condemning disabled adults in California to abuses up to and including death at the hands of caregivers. He also plans to severely cut funding to In-Home Support Services, another source of support and respite care as well as a significant source of jobs in California. This is a dual-edged sword of cuts, making it harder for disabled people to get services and also increasing unemployment in a state with an already dangerously high unemployment rate.

Medi-Cal recipients will have doctor’s visits capped under the new budget, allegedly because they “waste money” by seeking medical treatment. This isn’t the only Medi-Cal service the Governor wants to limit. Poor Californians relying on Medi-Cal for health care are going to run up against funding limits very rapidly, and it’s not like they can turn out their pockets to access health care through another venue. Untreated medical conditions claim lives, and they also claim funds; it is always more expensive to treat health problems after they have become serious than it is to address them early.

The governor wants to eliminate vision benefits from the Healthy Families Program, apparently because children do not need to see, and also plans on increasing copayments for doctor visits. For impoverished parents, a $50 copay is a significant barrier to accessing treatment and could make the difference between early intervention and a desperate visit to the emergency room days or weeks later when the problem becomes impossible to ignore any longer. A generation of Californian children is about to grow up without adequate medical care, a significant contribution to shorter life spans, decreased quality of life, and major health care problems later in life.

Grants to people receiving benefits payments will be slashed. People with disabilities living in California are already in a state of enforced impoverishment. These cuts eliminate funds people cannot afford to lose and will leave people hungry, on the streets, and at the end of the line. The Governor says the cuts “only” represent a loss of $15 per month, but $15 per month can and will make the difference between life and death for some disabled California residents. Disabled people are already trapped in abusive and dangerous situations because they lack economic independence, and that problem is about to grow a whole lot worse.

Disabled Californians are taking to the streets to protest these budget cuts, and with good reason. This budget will kill people. Brown says everyone in California needs to be willing to “share the pain.” This is going to hurt some of us a lot more than others; for those Californians who don’t die because of service cuts, others will be trapped in institutions (a clear violation of Olmstead vs L.C.), others will become much sicker than they need to be because of delayed and inaccessible care, and others will experience deprivation at every level of their lives.

Brown’s budget is a reminder that, like many people, the Governor of California does not think of people with disabilities as human beings, let alone equal participants in society. Killing us by budget cuts doesn’t bother him, because we aren’t real. 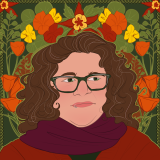 s.e. smith is a disability rights activist and writer based in Northern California who enjoys ranting about Glee, acquiring useless factoids, and fomenting class war.

Oakland doesn’t have enough money to fix its absurd pothole situation or even buy new library books, let alone prop up necessary programs the state won’t fund. What are we going to do? Is California really going to let it’s citizens die? I’m absolutely stricken. I am ill with anger and dread.

Wow. My city in Northern California has already shut it’s library doors once, has one of the worst crime rates in the State if not the country (per capita) and has a very high poverty rate. I can’t wait until these cuts take effect, I needed another reminder not to be born poor and disabled (says the poor woman with MD).

A FIFTY-DOLLAR COPAY?! Holy cow. I’m solidly middle class, but that copay would make me seriously reconsider taking my kids to the doctor for the vast majority of their appointments–and I’m sure I would stop bothering with annual checkups, because if they aren’t actually sick, I’m sure not going to pay fifty bucks for a doctor to tell me they’re perfectly fine. I cannot imagine a parent who is struggling to buy food and put gas in the car paying that even for serious illnesses. How awful.

Right?! That copay is completely out of control. Preventative care is soooo much less expensive than reactionary care, and a copay at this level pretty much nixes attempts to access preventative care. Especially in multikid families. ‘Gee, Johnny, I don’t know, we just took Sally to the doctor last week…’