I recently watched a really strange horror film called Dumplings. The movie is all about women, abortion, the pressure women feel to look young, and because this is horror it’s also about cannibalism.  Dumplings can be found on Netflix instant in two different forms, as the 40 minute short film in “3 Extremes” and as a 90 minute feature length film.  The longer version answers a lot of questions a viewer might have after seeing the shorter film and fills in some important gaps, but the 40 minute version works fine as well.

The film opens in a grimy looking apartment complex in Hong Kong with Mrs Li, a wealthy former actress, entering the apartment of Aunt Mei.  Aunt Mei is played by Bai Ling (yes, the one who is always on the worst dressed list and acting wacky on red carpets)   We soon learn that Aunt Mei provides a very unique service to those who can afford it. She makes dumplings stuffed with the meat of human fetuses. These dumpling cause those who eat them to gradually look younger. Mrs Li is desperate to look younger because her husband is carrying on affairs with younger women while he ignores her.  She thinks regaining her youth will cause him to fall back in love with her. At first Mrs Li is disgusted by eating the dumplings, but she quickly adjusts to them, and once she starts to notice their results she becomes insatiable. She demands that Aunt Mei procures a difficult to find late term fetus, because that will produce the fastest results.

The real nasty horror movie type stuff here is all in the sounds, not in the visuals.  The crunching and slurping noises that accompany Mrs Li eating her dumplings are stomach turning, as are some nasty sound effects during an abortion scene.  My impulse during particularly gross scenes was never to look away, but to plug my ears. The sounds of a knife chopping and water boiling as Aunt Mei prepares her dumplings add tension throughout the film. I couldn’t help but put on my feminist thinking cap as I watched this movie.  The central concept of this movie was women eating fetuses. It was about a woman performing an illegal late-term abortion and feeding the fetus to another woman. It was about the lengths women will go to in order to look and feel beautiful. I tried to figure out if the film was meant to be a feminist statement about what women have to do to get by, or if the women were meant to be seen as monsters.  After watching both the short and long versions, I can’t decide. The film doesn’t make it easy.  At times the women in this movie seem selfish and bloodthirsty, yet at other times they seem to just be doing what they need to in order to survive.

In the longer cut of the film, a 15 year old girl and her mother approach Aunt Mei. The girl is pregnant as a result of her father raping her, too far along in her pregnancy and too broke to have a legal abortion.  Aunt Mei refuses her at first, because the procedure is too dangerous and she is concerned for the health of the girl, but she eventually agrees to help her because she sees how desperate the girl is and that she has no other safe option. She is kind and tender towards the girl during the procedure and appears to be very knowlegable and prepared for the job.   In the short version Aunt Mei seems callous and unemotional towards the girl, and it appears she is taking advantage of the girl’s situation to fulfill her own need for a fresh tasty aborted fetus.   In one film the rapist father, and lack of medical care for the poor are the monster. In the other, it is Aunt Mei. In both cuts the girl bleeds out and  dies laying in a street shortly after, presumably because of complications from her abortion.  I can see how someone who is pro-life could see this movie and say “See! Abortion is evil and awful and it killed this teenage girl!”  but at the same time someone who is pro-choice would see the same scene and say “See! Abortion needs to be safe and legal, a legal abortion could have saved that girl’s life!”.

I guess the movie is purposely ambivalent about if the female protagonists are icons of female struggle or evil monsters. There are certainly plenty of parallels between  Aunt Mei and Mrs. Li to witches, the ultimate icon of female evil and subversiveness. Witches are a symbol of everything that people fear about female power. They literally eat babies, just like witches of folklore do.  Mrs Li has a sudden rash and fishy oder after she eats the late term fetus. During the craze of the witch hunts in Europe and the early American colonies, witches were believed to have a devil’s mark or devil’s teat on their body, stemming from a belief that they fed blood to the devil from it, a subversion of a mother feeding breast milk to their infant. I think her rash and smell represent her devil’s mark, the indicator to her community that there is something wrong with her, that she is an evil woman.  There is also no mistaking the fact that “˜fishy’ was chosen as the offensive smell she emitted. A fishy smelling woman is code for dirty vagina, and suggesting a woman is dirty and slutty is probably one of the easiest ways to attack or belittle her.  Mrs Li is doing something socially unacceptable and the exact opposite of what is expected of women, and those around her are picking up on the telltale signs.   Aunt Mei is the more obvious witch in this story.   Aunt Mei has her bubbling caldron and grotesque ingredients used to cook up her magical brew. She also is somewhat of a neighborhood midwife, healer, and she works medical miracles by reversing Mrs. Li’s aging and curing her infertility.    What is up for interpretation is if this depiction of women as witches is a tongue in cheek salute to them, a straightforward depiction of women as unfeeling monstrous villains or something in the middle.

I leave it up to you to decide.  While I might not have been able to completely figure this movie out, I did enjoy it.  I especially liked seeing how different the story was in the 40 minute movie compared to the 90 minute movie, and how it changed the ways I viewed the characters. The endings were very different in the two different cuts of the movie.  I would recommend this to any horror fan or person with a strong stomach. If you’re really twisted, you can even order some dumpling to eat while you watch. 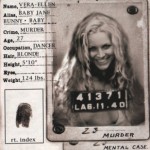 6 replies on “We Try It! Movie: Dumplings”

Do not forget: Mei discusses the historical, cultural precedent for the eating of children in China. Also, remember the “one child” policy on the mainland. She notes boys are rarely aborted, too. I think the film is an indictment of modern China’s obsession with what we’d call the “American Dream:” upward mobility, status, acquisition, etc. and the ways we objectify and commodify human life. In what could arguably be called a “post-feminist” China — where women find few restrictions in employment and self determination, we still find this woman of means, with a substantial career, terrified of losing the economic privileges her husband provides. Without him, her artificially-high standard of living is in jeopardy. Note the facelessness of the poverty she enters, visiting that apartment complex. We see few faces. Mostly, we see people from the waste down: bodies without identity. Yet, even here, we see a woman with facial cream, having her brows tweezed. Ms. Li would never have associated with such people, but for the fact what she wants, demands and desperately believes she needs is inside one of those apartments. I think this is a very strong political and social commentary. I know this happens a lot in Asian horror: subjects one would NEVER be able to discuss are right at home in a horror movie. I think “Dumplings” is brilliant. Note the close-ups of the translucent, gleaming dumpling, with its rosy pink contents, being slurped into the finely-painted lips of Ms. Li. Note the idealized pictures of toddlers, as she eats and Mei sings. Note the clutching of the hand bags: each color-coordinated with Ms. Li’s outfits. It’s a biting accusation of Chinese values, “Western” influences and superficiality elevated to something thought essential.

I stumbled across the longer version of this film on Film 4 late one night at the start of last year and I absolutely loved it. I agree that it’s a pretty hard one to get your head around, but I do think it was coming from a feminist place. I’d recommend it to anyone, although it is a little stomach-churning in places!

I had seen Three Extremes, and thought this was the best out of the three segments. It was disturbing, especially the crunching sound effects when the tiny bones of the fetus are eating, but so smart and well-written. I didn’t think Bai Ling could act as well as she did, since I only knew of her from The Crow and being on worst-dressed lists.

You wrote about this film really well, thank you for writing this.

I agree that this was the best of the “Three Extremes” films. I’d definitely recommend it to any horror fan, although it goes for the throat in a way that most American horror films don’t.

OMG thank you for reviewing these films. I have watched both and prefer the trilogy. So many thoughts:

~WARNING: THIS MOVIE IS NOT FOR THE FAINT OF HEART~

* Bai Ling is excellent as Aunty Mei–as I recall her name Mei is Chinese for beauty. Loved that she spoke Mandarin and Mrs. Li spoke Cantonese, thus emphasizing how Aunt Mei is an outsider.

* I want to read into the symbolism of of this movies as it pertains to modern Chinese women, but as a Chinese-American I don’t have direct knowledge. There’s something there–not just attitudes toward beauty, but about motherhood, society. In Chinese we say “ren chi ren”–people eat people world not dog eat dog. There’s a brutality and harshness of life for women and girls.

* East Asian female celebrities are under tremendous pressure to adhere to strict standards of beauty. There isn’t the relative flexibility of American entertainment.

* Attitudes towards abortion is different for Chinese. Buddhism, the predominant religion, cherishes all life. However Chinese are practical people and abortion is not as controversial as it is here in the U.S.

* It’s definitely a revenge against teh menz film. The father, the philandering husband. Even the special fetus had to be male, remember? Patriarchy still rules.

What an awesome find. I’ll definitely add this one to my Netflix list.
I try to keep up with American horror films (I did my thesis on Carol Clover’s Men, Women and Chainsaws, so I enjoy putting them under the microscope), but I always have to wonder what I’m missing by not exploring more international horror films.

Although I always feel a little left out in the cold when I can’t dissect the cultural troupes the same way I can with American films. But I’d love to see someone more familiar with Hong Kong sink their teeth into this one!