The first time I saw Brenda Walsh, she was sitting at a breakfast bar, extolling the virtues of California fruit. Her bangs were a smidge too short, her clothes more St. Paul than Beverly Hills. But she seemed happy as she chewed on a twelve-calorie slice of kiwi.

“No wonder everybody here has a great body,” she announced. “Everything healthy is delicious.” Turning slightly, she flashed her mom and brother a huge, radiant grin.

And I fell in love. With “Beverly Hills, 90210”, with the lifestyle it depicted, and most of all, with Brenda. I’d never had a platonic crush on a television character before, and it evoked a powerful mix of emotions: envy, admiration, and a deep desire to wear blazers with jeans and do weird things to my hair. was eleven and, like the Walsh twins, had just moved schools. But where Brenda strolled straight into most popular clique in her class and spent her lunch breaks lounging in the Los Angeles sunshine, I spent my first day bent double with cramps and hid in the bathroom at lunchtime so nobody would notice I didn’t have any friends.

I was clearly in need of a role model: someone I could look up to, find reassurance in, and channel when I was lacking in confidence, as I almost always was. While most people considered Kelly Taylor to be the prettiest girl at West Beverly, there was no point in my idolizing her. We were too different: I didn’t have long legs or glossy blond hair and my fashion and gossiping skills were inchoate compared to other girls my age.

Unlike her, I was socially awkward, a child of divorce, and extremely shy around the opposite sex. But she made me feel better about myself. Not only did other characters keep saying she was pretty, but Dylan found her attractive partly because she was so neurotic. “I like that you think,” he told her. “Not a lot of people do.”

I tried to follow her example. When talking to a guy I liked, I copied her flirting technique (smile, bat eyelashes, use a mean right hook if necessary) and if a friend made fun of me for what I was wearing, I tried to slough it off the way Brenda did when Kelly criticized her “hippie costume.” Even now, if I need to summon some self-confidence, the face of the youngest Walsh often flashes into my head.

I learned a lot from Brenda. She taught me that a pouty smirk will sometimes suffice in place of saying something interesting, that women need their own interests outside a relationship, and that even if your friends seem bitchy sometimes, it doesn’t necessarily mean they don’t care about you. I also learned that taking a chance, whether it’s throwing yourself out of an airplane or accidentally turning your hair to straw, is always better than being too afraid to try. Brenda even gave me a blueprint for losing my virginity. After watching the “Spring Dance” episode of Season One, I knew I wanted my first time to be just like hers: with a boy I loved who wouldn’t brag about it afterwards.

Sadly, after two years, my obsession was cruelly cut short: the show was sold to a satellite channel my mom couldn’t afford and I never saw it again. Back then, there were no box sets, legal downloads, or peer-to-peer streaming sites. Just misery.

In retrospect, I’m glad I stopped watching when I did. I would have been devastated to see Dylan and Kelly betray Brenda, and I can only imagine how much the show went to seed after she stormed off for good. Plus, I hear Brenda became a bitchy soap opera stereotype, and that’s not how I like to think of her.

I prefer to remember Brenda as she was in Season Two, at her peak. In a men’s shirt and tie, glossy bangs brushing her eyebrows, a slightly crooked smile lighting up her face. Sure, she wasn’t the last girl on TV that I envied, admired, and wanted to be: Julia Salinger, Angela Chase, and Lorelai Gilmore have all held that post, among others.

But Brenda Walsh was my first. And she’ll always be my favorite. 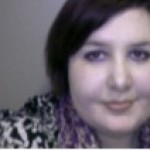