I thought I would do a diary entry on my life through Madonna, so here goes. I was not much into music at the beginning of her career as I was still pretty young. I was only six years old when “Everybody,” “Burning Up,” and “Holiday” came out. I do remember seeing the videos for “Lucky Star,” “Borderline,” and “Like A Virgin” and being a bit perplexed by her rolling around as if in heat! However, I did enjoy “Papa Don’t Preach,” “True Blue,” and “Open Your Heart” in 1986. I was in sixth grade at the time, so it must have been late 1987 or early 1988. I was in gym class and we were supposed to come up with some sort of dance routine. The other girls were talking, gossiping and trying to choreograph something. Meanwhile, I was off in my own little corner dancing to “La Ilsa Bonita.” I imagined myself as a sort of belly dancer and to this day, it remains a part of my dance routine line-up.

“Like a Prayer” next caught my attention in 1989. I remember Pepsi pulling their ad because of the controversial video, but I didn’t see what the big deal was. I wasn’t shocked by either the black Christ-like figure or the burning crosses. It wouldn’t be until several years after the song hit that I danced drunk to the song at my grandma’s house. that was in my grandma’s fridge. Her doctor had prescribed a capful of whiskey in her diet Coke to help with insomnia. (Grandma generally didn’t drink and rarely had liquor in her house.) Both Grandma and my Aunt Kelly worked second or third shift and were often gone. I had a key to their house, so I let myself in with Nicky one afternoon. We got into her whiskey and danced to “Like A Prayer” by Madonna and The Eurythmics’s “Sweet Dreams.” The dancing and the alcohol made me feel euphoric that day.

I have also come to include “Into the Groove” on my dance compilations. It is more or less the one song that I skip to. I skip around the room and pretend to be twirling and bouncing around an imaginary dance partner who is also my would-be lover. But that didn’t come until the song had been out for, like, 10 years.

“Cherish” played loudly on the Matterhorn ride at Cedar Point. Mom and I went with Steve, Traci, and the kids a few times. I was on the ride with Alecia in 1989 when it played. Come to think of it, I was playing pool at The Moose with Steve, Traci, Mom and Alecia when I put “Papa Don’t Preach” on the jukebox.

Anyway, I wasn’t a big fan of “Vogue,” “Express Yourself,” or “Justify My Love.” I did, however, enjoy Madonna as Breathless Mahoney in Dick Tracy back in 1990. I had so much fun dancing to “Hanky-Panky.” I thought “I’m Going Bananas” was quite funny as well. In the summer of 1992, I visited Oklahoma and my cousin Nichelle took me to see A League of Their Own at the theater. The song “This Used to Be My Playground” by Madonna always moved me and made me sad. It also reminded me of my trip to Oklahoma. While I was there I went swimming with Nichelle at her husband’s family’s house. I needed a dry shirt to change into, so his Mom gave me someone’s Breathless Mahoney shirt to wear. Jeff Levy was there that night and I felt sexy and confident in that shirt. Years later, I still wore that shirt. I wore it until the picture on the front had completely faded and there were holes in it. Then I threw it away. I didn’t really care much for Madonna’s other movies, though. I watched Desperately Seeking Susan on TV several times and found it only mildly entertaining. Who’s That Girl was pretty silly. Shanghai Surprise was boring. Truth or Dare was slow and not particularly shocking to me. Body of Evidence was poorly written, to say the least. Evita was strictly a musical and I am not a big fan of musicals. She wasn’t bad in Quentin Tarantino’s Four Rooms. The Next Best Thing was not the best of anything and honestly I’ve never seen Swept Away, nor do I plan to.

Madonna’s 1992 CD Erotica was influential, though. Most vividly I see Nicky dancing to the song “Erotica.” She bumped and grinded, trying to be as sexy as her idol. She even liked to imitate her look of short blonde hair, a cap and a cigarette dangling from her lips. “Deeper and Deeper” was my favorite song on the CD to dance to. I wrote it into my story about Tom that I called “In Too Deep.” “Bad Girl” made me feel like she understood what I was going through that painful time in 1993. “Thief of Hearts” reminded me of Becky English. I was oh-so-jealous of her and Ben. I sent the song “Words” to my dad because the song was about not wanting to experience any more verbal abuse. I thought the song “Rain” was pretty, but now it reminds me of Joel. Why? Because of the dream I had dancing in the rain with Karisa and Lindsay. The rain was symbolic of his love for us or his love in general.

In March of 1993, I was in the Mansfield General Psych Ward for depression. We got to go down to the basement to play ping-pong and such one day. Madonna’s 1986 song “Live To Tell” came on the radio and I stopped to write a poem inspired by the lyrics. I’ll Remember” and “Secret” in 1994 were good songs, but it was “Take A Bow” that made an impression on me. I was driving home from the bar The Mad Bull in 1994 when that song came on the radio. It reminded me of Joe Cole and his brief role in my life. It is a sad song, but beautiful. Madonna’s black fingernail polish in the video inspired me to start painting my own fingernails black.

I distinctly recall lying in bed with Jason the winter of 1996 when they announced on TV that Madonna was pregnant. He and I stopped making out and cuddling and listened to the news story. We were both shocked. It wasn’t long after that that Nicky returned from her self-imposed exile in Kentucky to announce her pregnancy as well. Lourdes was born in October of 1996 and Nicky’s son Jonathan was born in January of 1997.

Madonna’s 1998 CD Ray of Light was another favorite. “Frozen” and “Power of Goodbye” reminded me of pretty much every guy I’d been involved with up until Jason. It was the song “Nothing Really Matters” that I listened to most, though. I danced and danced, always thinking of SJ for some reason.

I kind of lost interest in Madonna after that. I enjoyed “Music,” “Don’t Tell Me” and “Hollywood,” but they didn’t speak to me like her earlier songs did. “Hung Up” was catchy, but forgettable.

Since 2008, I haven’t kept up with music like I once did. It wasn’t until this last year that I started listening to the radio again. For a couple of years I was pretty much uninterested and clueless about the top 40. The kids had kept me from listening, meditating and dancing until recently.

Anyway, perhaps just as memorable as her songs are the imitations and parodies of Madonna. The first thing that comes to mind is Growing Pains (1985). Dana Plato from Different Strokes cameos as a Madonna wannabe named Lisa that Mike dates. Of course his parents Jason and Maggie had a problem with her progressive and aggressive “Like A Virgin” style of dress.

Some 20 years later Christina Yang sings “Like A Virgin” while doing an autopsy on Grey’s Anatomy. This makes perfect sense given that Weird Al did a parody song to the Madonna tune called “Like A Surgeon.”

Saved by the Bell referenced Madonna in a dream sequence of Zack’s. They were all in a band called Friends Forever and the band wins a Grammy. And who else but Madonna and Michael Jackson appear as the presenters. (Recreating a 1990 moment, I believe.)

The Simpsons visited England not too long ago and they made a deal to bring Madonna back to the USA, bad accent and all, which was pretty funny.

So you can see that the “Material Girl” has had an influence on my life as any pop icon tends to. Some of her songs have really spoken to me and marked parts of my life as only pop music can. She’s been like a friend or a companion as I grew up. 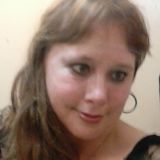 I am a writer, a woman and the mother of two beautiful children. I am an author of three books: Radiant Darkness, Journey Without A Map and Persephone's Echo. I have a MA in English Literature from The University of North Carolina at Greensboro with a Post BA Certificate in Women's Studies. I also have my BA in English from the Ohio State University at Mansfield.

2 replies on “My Life With Madonna”

Breathless Mahoney is A-MAZING. My best friend in 5th grade had a Breathless T-Shirt and I thought it was the awesomest ever. I still do. If someone wanted to get me one, I wouldn’t turn it down.
Oh man. I’m going to go listen to “I’m Breathless” right now. Yes.