Part Two, in which “simple” becomes quite complicated

Cindy showed me a sarong style wedding dress she liked; a nicely made, two-piece garment from white charmeuse with orange trim that seemed really affordable.

“Why are you not just ordering this?” I asked.

“I don’t like how it comes up at the waist and shows stomach,” she said. “I’d look horrible. And there’s no boob support. I like the color accents, though. And that it’s simple and flowy.”

I can’t help but notice that the woman in the photos strategically places her bouquet or her groom’s hands in front of her lower belly in every shot. I do the same thing – there isn’t a photo of me in existence that doesn’t have a handbag or a cat or something blocking my middle from view. But, there are many photos on this dress website showing women of all sizes looking beautiful in their two piece sarong gowns, with nothing strategically placed in front of their lower bellies.

So, we’re flipping through pattern catalogs and Cindy thinks everything makes everyone look fat or pregnant.  I pointed out a few patterns, particularly pushing this draped dress from Burda that would look great on her.

She rejected all of them with pursed lips and a no, saying, “I don’t want it bunching at the waist. It’s not flattering on anyone.”

“Hold on,” I said, looking down at my retro full skirt and forgetting all that emotional work and cancelled magazine subscriptions that led up to wearing it. “You think this skirt looks bad?”

“It suits for you,” Cindy said, eyes calmly searching for something to deflect my exponentially increasing crazy. “Because that’s who you are. You ignore trends and do what works for you. You’re comfortable in it. I wouldn’t be.”

With a sense of finality, she turned back to the pattern catalogs. And we continued looking through them for the next several days in a dance of referral and rejection.

Cindy has consistently insisted that she wants something simple and flowy, but hasn’t liked any of the simple, flowy dresses she was shown. She’s set on a handkerchief hem, but doesn’t want too much loose fabric around her middle. But, it shouldn’t be clingy, either. In a last ditch effort, I sent her to some online dress retailers and instructed her to send me pictures of what she likes. From there, I could select a pattern or two to adapt. She landed on this:

Which made me think this:

I’m working with it, though, and show her McCall’s 6030, which could be adapted to include the elements like the paneled sheer overskirt, gathered bust, and criss-cross waist detail. If she’s on board, we can buy it and get started.

“You’re saying no to the dress you picked out? Are you kidding me, Cindy?”

“No one can sew this dress for you,” I snapped, “because the dress you want breaks the laws of physics.”

I expected that would be the end, that Cindy would settle for something from a store. Surprisingly, she came back a few days later with McCall’s 6113 and asked if it could be sewn with two shoulder straps and a color border.

If so, this was the dress she wanted.

I could totally do that. It even says “easy” right there on the pattern! I could whip this out in short order!

And then, I met my long time arch-nemesis, chiffon, and its companion, charmeuse.

Ahead in Part Three: a cage match with chiffon

Previously: a friend asks a favor 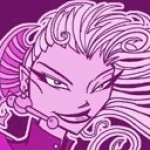 Ok, the wikipedia article on Chiffon is terrifying. (I just sew things out of quilting cotton because it helps my generally whimsical style).

This is scaring me, because my wedding plans (note: no wedding is in the even remotely future, and I haven’t spent ages planning a wedding, I just pick up what I like from other weddings, and have a basic idea what I want) involve my best friend making my wedding dress.Â  She is an immensely talented designer, draper, and sewer, and she knows me and what I like and what looks good on me better than anyone.Â  But now I’m worried that I’ll turn in to a demanding person for her to work for and it will make us fight and it will be sad.Â  Eep.

At least, having read this, I can make sure I don’t ask for chiffon.

Also, if you want chiffon, you should have it! It might be a pain in the ass to sew, but it’s looks beautiful!

Oh god, chiffon.Â  I am cringing like whoa for you.

Ah yes, chiffon, one of the most evil of all the dress fabrics.