Just when I was starting to think that there were a few slow news days around here, a topic rife for coverage here fell into my lap. Hurray! So NHL 12 came out this week with a feature it has never implemented like this before: female characters.The new inclusion of female faces and hairstyles as part of the game’s custom player creator is the brainchild of 14-year-old Buffalo resident Lexi Peters, who has played hockey for four years and often enjoys playing the NHL game series. She became steadily more annoyed at the fact that her little brother could make a character that looked just like him, but the best she could do was to give male characters long hair. She asked her dad why there weren’t women in the NHL series and he advised her to do something about it, to raise her voice. Lexi did, writing to Electronic Arts.

“It is unfair to women and girl hockey players around the world, many of them who play and enjoy your game. I have created a character of myself, except I have to be represented by a male and that’s not fun,” she wrote.

The first response she got was discouraging. EA told her that the decision was in the league’s hands, not theirs. However, there were some sympathetic hearts at EA. The company president had forwarded her letter to lead producer David Littman. Once he read it, it was like the light bulb went on in his head.

“Lexi’s letter was a wake-up call,” Mr. Littman told the Toronto Globe and Mail. “Here’s a growing audience playing our NHL game and we hadn’t done anything to capture them.”

Rightly so, Littman. I know many women who really like playing the NHL series and routinely whoop male players when they play against them online. That’s just a microcosm of the lucrative female gamers market, a market that is often pandered to with pink hardware and games about cooking, cleaning and baby care when we want and seek out more than that.

Anyway, Littman needed to do a little work to fulfill Lexi’s request, including some budgetary finagling and permission from the league and EA legal. But then, a better response: not only would there be women in NHL 12, they wanted Lexi to be the default. She was elated.

Better yet, the Globe and Mail article about this story includes pull quotes from Manon RhÃ©aume. GOLD MINE! She notes the growth of women’s hockey (for Canada, in 1990 5,000 women and girls were playing; today there are more than 100,000), but man, what a great person to get for an article about this!

NHL 09 has one playable female goalie, modeled on the daughter of a man who won a charity auction for her inclusion, but that’s not the same as this wide-scale ability to create women. Plus, here’s a video game where the female characters don’t wear impractical  skimpy costumes while their male counterparts look a little more properly dressed for the occasion (I’m glaring right at you, every fighting game ever). Not bad at all. 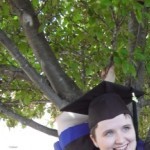 22-year-old recent college graduate (journalism and sociology) from Georgia State University. Lives in Decatur, just outside Atlanta. Loves TV, all manner of food, cats, the series of tubes called the Internet, traveling, calling out problematic things in the world around her, ice hockey and getting behind things that go away: drives a Saturn, has a Borders Rewards card and was a 2011-12 season ticket holder for the Atlanta Thrashers. Sigh.
(Co-editor of Adventures in Pucking.)