When the title card of von Trier’s Melancholia appears, you know that two hours later the world is going to end. This isn’t a spoiler: the whole point of the movie is that we know the world’s going to end. We feel the end of the world approaching almost as palpably as the characters feel the approaching planet sucking away their breath. But von Trier’s film isn’t about the end of the world, a statement so obvious that it almost disguises the film’s complexly layered structure. The opening shot of Kirsten Dunst’s unnaturally still, almost brutalized face focuses the film instead on her character Justine’s depression. When birds begin to fall out of the sky behind her face, their tumble becomes a metaphor for Justine’s slide into depression. The entire 8-minute opening sequence operates through the logic of metaphor, as the camera rests on a number of different slowed-down shots – birds falling out of the sky, a young boy carving a stick, a woman running across a field that rises up to trap her, and, perplexingly, Breugels’s “Hunters in the Snow” turning to ash. These languorous scenes register as dream images, metaphors for the emotions behind the affectless mask of Dunst’s face.

As it turns out, many of the images are quite real, which is only obvious in retrospect. A backward, retrospective structure organizes the entire film from the start, as a second shot, a subtly uncanny image of a world with two shadows, introduces the trope of doubles-with-a-difference. There are two of everything, but the two are always slightly different. The second shot explains the first: the falling birds are a metaphor for depression, but they are also actual birds from the end of the film. Alternating between narrative and exegesis, the film tells two stories: a woman’s unraveling in the first half, and a planet’s destruction in the second. This complex doubling is consistent through multiple kinds of pairing: the doubled shadows from two different directions; the earth and Melancholia, which are greatly different in size; the two sisters, light and dark; the movie’s heavy-handed soundtrack, “Tristan and Isolde,” who are inseparably paired as lovers; and also the two parts of the movie, the doubling of certain scenes, and the framed structure, where certain images of the opening recur at the end. Given the film’s interest in how it tells its story, it seems fair to say that what’s at stake here is not depression but the representation of depression: how do you represent the kind of depression that sends a beautiful, successful young woman into a near-catatonic state? And can it be anything but, as von Trier has said about the soundtrack, somewhat “vulgar”?

After the dreamlike opening, the sudden shift to slapstick introduces a new tone. Justine and her brand-new husband (whose name hardly registers) are stuck in a vulgar white limo that can’t navigate the the road leading to their brother-in-law’s estate, where the reception is being held. The limo inaugurates the first half of the film, which is filled with moments familiar to anyone who’s suffered through an awkward family event: a brother-in-law grousing about the enormous amount of money the reception is costing him; embarrassing toasts; an embittered mother turning her speech into an invective against marriage. Justine’s attempts to fight her way to happiness, of which the wedding is only the latest in a long series, culminate in a series of increasingly incoherent acts. The marriage fails before it even begins: the world is over before the title card appears.

The camera builds on a sense of entrapment and stasis by making little use of the gorgeous scenery. Filmed in Sweden at TjolÃ¶holm Castle, the film tends to avoid long shots of the building and lake by sticking to interior rooms and to the manicured golf course. The residents are trapped, too: whenever Justine’s horse balks whenever she tries to spur it across the bridge into the village. The scene repeats in the film’s second half, when Claire cannot get her only working vehicle past the bridge. The end of the world is actually trapping her, just as Justine’s depression metaphorically traps her – only Claire’s entrapment, which, in the context of the film, is the literal one, acts as a metaphor for Justine’s earlier psychological entrapment.

Entrapment is a lesser sort of the torture that von Trier is known for inflicting on women, but it operates via the same logic. Justine, of course, is named after de Sade’s character, and it’s easy to see the connection: Justine is trapped in what we could today term a cycle of abuse, continually finding havens (like marriage, in this case, or a monastery full of perverted priests in de Sade’s) that turn out to be nightmares. Melancholia, which von Trier claimed is “a woman’s film!” is lighter on the physical torture than some of his other movies, but certainly always conscious of gender. Justine is hobbled by her elaborate wedding gown, which she wears through the entire first half of the movie, even while squatting to pee on a golf course. These trappings (so to speak) are cast off in the second, with the movie’s most affecting scene, a devastating shot of Claire coaxing a naked Justine into the bath. Either clothed or naked, what matters here is that Justine is female.

“It’s not that Lars von Trier is misogynist, exactly,” my partner suggested, “it’s that he hates humanity, and he thinks that women are more human than men.” He’s right, I think, that women are for von Trier more representative of humanity, but he’s wrong that the position excuses von Trier from charges of misogyny: it makes him more culpable. The opening image of Melancholia plowing into the Earth irresistibly evokes sperm fertilizing an egg. The structure of the collision shows Melancholia engulfing the Earth, incidentally, in a brilliant book by Sarah Hrdy, possibly a better analogy for the process of fertilization than the more common one of penetrating sperm. The visual metaphor expresses the movie’s undercurrent of gynophobia: Justine’s depression, which is related to her clairvoyant understanding that life exists only on Earth and that all life (borne of women) is evil, ends up destroying the world.

What the film does well is grapple with the representation of depression, taking to its extreme the idea that depression can only be expressed through metaphor, a point that Andrew Sullivan makes in Noonday Demon: depression “can be described only in metaphor and allegory.” The film’s great achievement is that, through extreme metaphoricity, it succeeds in literalizing depression, as what appears to be metaphor (impending doom, the end of the world, abhorrence of life) turns out to be real.

In other words: von Trier’s highly intellectual approach to film making creates a bit of a distancing effect. I appreciated the artistry of the film, but I found myself unmoved. Except at brief moments, I didn’t really care about any of the characters or the situation: I admired the film’s structure, I commended the performances, but I never fully engaged. And what better experience of depression could there be, than to watch the end of the world without emotion? 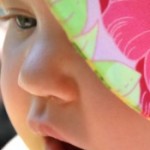 Firstmute has a seventeen-month old, a nearly finished dissertation, and a pile of unfolded laundry. In between dealing with those three things, she likes to read, craft, watch movies, and get outraged.

I’m way late to this party, but I just saw this movie and wanted to comment.

It’s easy to have no reaction when you feel nothing, or at least that’s been my experience.

Actually, this is the only of his films I’ve seen. I flat out refused to watch Antichrist, even though my husband asked me to for weeks. But I was impressed with this one despite myself.

I’ve never really been a fan of Lars von Trier’s work, so I’m generally disinclined to watch this movie. That said: Alexander Skarsgard. The one and only reason I’d watch this, and I’m not sure even his hotness would be enough.

I haven’t seen any of his work, but what I have read of his work makes me disinclined to want to see it. I have heard decent reviews of this one, though, so may see it. I am easily squicked by any type of abuse in films apart from the most basic (i.e the husband slaps the wife, and there’s a knowing moment where you know that he’s abusive. I do NOT need graphic detail to tell me this, kthx.)