VoilÃ , an interdisciplinary dance in three parts! This is Part I.

Hello! I would like to talk about the origin of sexism as I understand it. To do so, I should disclose that my granting privilege to psychology as the infrastructure which gives rise to sexism rests on my belief that psychology, not systemic social, economic, and reproductive injustices accounts for the existence of sexism, which then makes itself known in external injustices. What I mean to say is: just as marriage was not created by law but is an expression of culturally held ideas manifested in law, I would say that sexism’s ultimate underpinnings are in psychological fears which are then codified in cultural scapegoating. So that’s my in. Let’s discuss! Why have all people been taught to hate and denigrate women and externally-defined “womanly” traits? Why are women and so-called “feminine” behaviors and ideas the universal scapegoats for other people’s problems? To my lay understanding, the answer is both psychological and sociological. On one hand, we are all universally, regardless of gender, beset by the presence of the unconscious. The unconscious is a psychic construction that contains our innermost and consciously unavailable needs, desires, fears, shames, and wishes about ourselves, trust, love, fear, etc. On the other hand, all psyche-possessing individuals with idiosyncratic motivations and aspirations are collectively socialized into a universal social system that polarizes and hierarchically places men above women.

According to basic psychoanalytic theory, a person’s psyche is divided into three discrete-but-interconnected parts: The superego, the ego, and the id. The superego is the collection of internalized dictates of authority figures, like, “Don’t take that cookie, you’ll get fat!” or, “Don’t ask a question, you’re so stupid not to know the answer!” The superego is responsible for qualifying our actions, for preventing us from doing harm or from enjoying pleasure, depending on what kind of superego we possess, punitive, relatively lax in its pleasure-approval and danger-avoidance, or nonexistent, as in the case of sociopaths.

The id is the containment of raw instantaneous and atemporal wants, like aggression, violence, and sex. A rampaging murderer would be an example of a person with an id in overdrive. The attainable and desirable existence between id and superego is one of balance, so that desires and internalized prohibitions can coexist, without either canceling each other out. This result is the ego, the solid sense of self. A healthy ego, as opposed to the colloquial understanding of the word ego which is synonymous with arrogance, is the ability to see oneself in a genuine way, to know that one has strengths, skills and abilities to connect authentically. Having a healthy ego is the ability to have a sense of self and of other people’s otherness, to respect one’s own needs while also respecting of the needs of other people.

Psychoanalytic theory maintains that how our psyche develops and hence who we are is largely a result of our early experiences in childhood. Whether or not we were belittled and mocked, neglected or overprotected, and whether our ideas and existences were valued and validated have huge repercussions as to our later development. Attachment theory describes how our earliest attachments influence our ability to love. For example, insecure attachments are ones in which one’s primary caretaker(s) reacts to one’s needs with derision, contempt, or inconsistent, and hence, frightening responses like crying or yelling or laughing in the face of a defenseless infant’s earnest pleas for food or affection. This response then becomes the template for how that infant-who-becomes-an-adult experiences people and his or her place in the world, believing that his or her needs are reprehensible and, as a result, so is he or she.

But psychological neuroses do not come about in a vacuum. Most caretakers are female because women are incorrectly assumed, mandated, or wished to be more caring than men, the repercussions of which have detrimental effects on everybody. If an overburdened mother treats her child ill, who’s fault is that? The child did not deserve to suffer. The mother did not deserve to be in an overburdened position without love and support. In a large sense, we are all children! We ALL deserve to be loved and encouraged, and, in psychological terms, mirrored: Which is to say, confirmed by the reflection of our emotions so that we know that what we feel isn’t wrong or dirty or bad. Of course, this myth of women as maternal, as opposed to the truth of all people having the potential for parental affection and responsibility (and the failure to be these things), hurts men, too, in that men are alienated from their own natural inclinations and attentions to affection and the ability to be emotionally and serviceably responsible for other human beings and for themselves.

All people, regardless of gender, who are in possession of an unconscious may unconsciously wish to do away with symptoms of uncomfortable feelings like shame and desire. This may take the form of transference in which one unconsciously can’t differentiate the past from the present, i.e., becoming icy around adult men because one had unpleasant early experiences with adult men. One may also diffuse one’s feelings through sublimation which is the usually unconscious, but sometimes conscious redirection of one’s concentrations of emotional or libidinal investment (also known as cathexes) through other means. Some examples of sublimation include painting an artwork depicting one’s suffering, or writing an article on the psychology of sexism instead of expressing one’s suffering through violence, or stewing in self-hatred, bemoaning that one cannot express oneself. Another way people temporarily cast off emotions is through displacement, which is the defense mechanism through which someone may blame or scapegoat another person or group of persons in order to avoid examining one’s own painful sources of inner conflict that lead to unpleasant emotions.

How does this all relate to sexism? Find out next time when the suspense is abated! 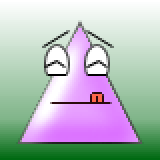 Born in the back of a cattle car in the Spring of â€™32, Rebecca subsisted on mealworms and rutabagas until she was reborn in the Fall of '85. Since then, she has worked as an acclaimed art model, writer and psychoanalytic feminist. Feed her, for she hungers.