This post is dedicated to everyone who has battled Candida and who wants to do everything possible to avoid making things worse. Although Candida in small quantities is a beneficial yeast our body requires for balance, the high sugar content of the Standard American Diet (SAD) often feeds Candida so that it grows like crazy and overtakes the digestive system. Candida overgrowth is a serious problem that also creates systemic problems. I will write more about Candida in a future post. Today, let’s address why Kombucha feeds Candida and should be avoided at all costs by anyone who suffers from or is prone to Candida overgrowth.

Kombucha has become a popular drink in the U.S., but many myths exist about its health benefits. For Kombucha proponents, let me say that I recognize its health benefits, but feel strongly its high fungal content is detrimental for most people in the U.S. due to their dietary habits. I know this is not a popular opinion, but it’s one that physiological and chemical data supports. The belief that Kombucha actually helps kill Candida is wrong. Period. Cornell University did a study on Kombucha and found it did indeed increase the growth of Candida, it decreased the growth of other infective organisms. Again, Kombucha can have health benefits, but not for anyone with Candida overgrowth. Some experts estimate that 80-90% of people in the U.S. have Candida overgrowth.

The top three reasons Kombucha feeds Candida and does not control it are:

Having said all that, let me say that how you feel is the best measure of whether or not Kombucha is a good idea for you. Most people I’ve worked with find their Candida symptoms and issues greatly decrease or even disappear once they remove Kombucha from the equation.

Ok… what’s your opinion? We may have to agree to disagree, but I’d love to hear your thoughts! Thanks! 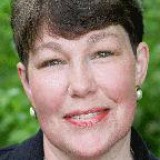 6 replies on “Why Kombucha and Candida Don’t Mix”

In reading the Cambridge article provided, it stated Candida albicans growth was not “inhibited” by kambucha. In fact C. albicans was a very small piece of this journal, more of a side glance. What this article did show, is that it was a very effective immunity booster. Just because it doesn’t “kill” candida does not mean it isn’t benifitial. Sugar through the process of fermentation is broken down by the scubby leaving a byproduct of an unsweetened acidic beverage (yes fruit is added by choice) wouldn’t balancing your system with an acidic agent benifit the intestinal balance of your gut as a person who struggles with candida?

Thanks for an interesting article.
That study, I had a brief look at it. I didn’t see any mention of S.Boulardii yeast. There are two different types of Kombucha. Top yeast and bottom yeast. Top yeast is the S.Boulardii kind. Its this kind which is effective in displacing the Candida albicans. Bottom yeast is Torulaspora delbrueckii.
Do you have any comment on this? I’ve read some wildly conflicting reports including anecdotal evidence that people have been healed of Candida through Kombucha, but also the other side of the coin too.
For me, I am brewing some right now. I am concerned about the sugar content and hoping to get my ferment down to Ph3 to get as much of that sugar converted as possible.

Do you have a citation for the Cornell study? What pH does kombucha have?

Sorry for the delay in my response. I’ve been out of town and woefully web deprived. You can view info about the Cornell study at: http://www.kombuclub.com/haber/158-cornell-university-ithacanew-york-14853. The most significant statement related to Candida occurs in the Conclusions paragraph & reads: “Candida albicans was not inhibited by Kombucha.” Thanks much!