Take this title as half in jest, if you will. Recently, my sister, Jane Doe had a new baby, John, and our family is spread across the country; we all wanted to meet little Jonny as quickly as possible. She uploaded the photographs to the Facebook, we all enjoyed the photographs, and I died a little inside.

You might be made suspicious by the above paragraph; you see, I’m not going to tell you my sister’s real name, or my nephew’s name, and the name I am writing under is my nom de plume, or pseudonym. I am protecting their digital identities, and my own. If you haven’t thought about protecting your child’s digital identity, you might be making their life very difficult for them down the line.

First: What is a digital identity? Essentially, your digital identity is what comes up when I search for you on Google, Facebook, Diaspora, Twitter, or LinkedIn – it’s who comes up when I look for you online. There are a number of reasons I might do this; I might be a slightly unpleasant employer looking for a reason to not hire people; I might be a co-worker who’s been intrigued by your talk of your blog at the water-cooler; or I might be someone who is bored and typing in random names of people that I know.

Doesn’t what happens on the Internet stay on the Internet? No! The Twitter Joke Trial landed Paul Chambers with a £1000 (~$1550) fine after he complained about an inefficient airport; he later lost his job. Adrian Smith “had his pay cut by 40%” for comments he made on Facebook – comments which his employer found and disliked.

(In the case of Adrian Smith, I also disagree with him terribly; however, I do not think that his employer has the right to follow his digital trail to find comments he believed to be private.)

Teachers can’t be photographed with alcohol. The list is endless.

Go on… The advent of social media means that it is very easy to share information, but much harder to share information with precisely the people that we think we are sharing with; the cavalier approach Facebook in particular has taken to privacy resulted in me being “outed” as LGBT without my being ready. I chose to trust them when I shouldn’t have. If I had been in Uganda, then Facebook might well have killed me. This isn’t an abberation or unexpected – Facebook has a business model based around “frictionless sharing” – making information public without someone choosing to do so. They, and every other corporate social network, will make it harder and harder not to share information or to delete it once it has been shared. I should have been more careful, and nowadays I am.

How does this relate to uploading baby photos? The important phrase in the paragraph above was “I chose.” Let’s imagine that it is my child, and not my sister’s. I upload a photograph of myself and my partner holding my new baby to Facebook, but I’ve been foolish and left all of my posts “Public.” My son goes on to apply to work in international development in dangerously homophobic regions; the prospective charity boss browses around his Facebook profile and finds my photograph of me and my love; my son is not hired because he would be too much at risk and is never told why.

Information wants to be uncaged. It’s easy to share, hard to share precisely, and very hard to unshare once it has been shared. Digital photos can be easily copied and sent around. An email with a photo of my newborn might easily by forwarded to my sister’s partner who may joyfully put it on his blog with a name and birthdate. If my sister and her partner broke up in six months, my imaginary son might grow up never knowing his name or how to contact him to ask that they be taken down.

Let’s imagine that we’re not gay, but mixed-race. Or disabled. Or obviously Jewish, Muslim, Sikh, Democrat, Republican, or atheist. Who knows what kind of prejudices that our children might encounter? Hopefully they will choose to meet them head on, but that has to be their choice.

That’s the crux: our children must have the right to choose their own responses to adversity. The Internet is a new beast, and it has changed the rules to all of the games. For one thing, we are suddenly putting so much of ourselves in indelible ink where the public can see it. That isn’t necessarily bad – it is new and exciting and leading to lots of lonely souls finding themselves through other people. But as a mother, I won’t have the right to write in indelible ink on the digital identity of my child any more than I would tattoo their name across their forehead. If they come out to me as gay at 14, I won’t put that on Twitter or Facebook – that will be the private business of my child, and my business will be to safeguard their digital identity until they are old enough to manage their own properly. Then they can choose to tweet whatsoever they wish; I hope that they will live in a world where they will be proud to announce their sexuality, or brave enough to do so anyway, but that should never be my choice to make.

That takes effect immediately they are born. I do not know if they will be the kind of person who wants baby photos of them attached to their digital identity. I must ask if the benefit of sharing photographs with my geographically distributed family outweighs the risk that I will be unable to remove those photographs at some later date. If I choose to share them digitally, I shall do it by email rather than through some corporate website like Facebook.

You might think the risks are not that great. I think that the Internet and the World Wide Web are marvelous things, but he benefits and consequences of communication are weighty. It is still necessary to realise that we are making a permanent decision to alter our children’s identities, and we need to make that decision as responsible, conscious parents. 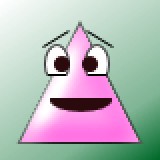 This is why we don’t name our kids on the Internet- there are pictures, and yes, if you know me, you know they’re my kids, but if you google their names, nothing comes up. I’ve become veryÂ conscious about the stories I tell about them on my blog and in my posts here- just because the Internet is forever.

I’m not as concerned about college admissions or future employers, its more about when at a slumber party when she’s 14, some how my blog comes up (do mom bloggers kids talk about such things? I have no idea), and her peers read stories about when she was a baby or whatever. As an adult she probably won’t care. At 14, I know she will.

The Internet. It’s a tricky thing.

I’ve always pretty much figured that by the time my daughter (now 2) is old enough to be on the internet herself or to have people searching for her, the internet will have changed so much that anything I post now will be totally obsolete. If other social networks are any indication, Facebook may not even exist by then, and if people I don’t know are reposting pictures of her for any reason, it’s creepy but highly unlikely to be traceable. And god do I hope that 20 years from now people won’t care as much about whether kids have gay parents or mixed-race parents or atheist parents or any of that bullshit.

All I can say at the moment is that I really do find this an interesting topic, but i’m not sure where, exactly, I stand. Mr Juniper and I are really quite private people and don’t share massive amounts over Facebook, and when we do, it’s not public. We don’t share many pictures and certainly don’t ‘name’ Juniper Junior in them, by tagging everything.

Having said that i’m not sure where I stand, I guess I am on the ‘private’ side of things. And where we are, pictures are protected. Susan gave the point of pictures from preschool; where we are, parents are not allowed to take pictures of other peoples’ children. There was one incident where a parent took pictures at sports day and uploaded them to Facebook. The pictures included children that weren’t theirs and all hell broke loose when the school found out. To be fair, i’m with the school on this. There are some instances where pictures being in the public domain is okay, but on the whole, we all have our own reasons for wanting to keep some things private.

Jeepers, that’s not the most coherent response i’ve ever made but I do think there’s something to be said for considering how information (pictures included) about our children is shared.

I can’t decide if I agree with this or not. Â Whether I upload pictures or not, other people can, and will, and I do not have ANY control over her getting pictured on playdates or at preschool or by other family members. If I flood the market with pictures of the kiddo petting the dog, it will be harder for people to find one or two that they want to find offense with.

I guess that’s how I see it…by the time the kid is looking for jobs, there will be so many pictures of EVERYBODY that their importance will be nearly 0. Â And so much of life will be online for everybody that the negatives that might be found from somebody looking at a picture of my kid at her first birthday party would be found in some other way. Â So if they are looking for a job in international development in a homophobic area, the background checks done will have far more information than pictures that seem to suggest two moms.