Any musician knows that playing in front of people is hard. It’s like a writer showing their work to an editor, or an artist hanging up a painting. But in busking, you’re making yourself more vulnerable than ever before: the general public is there to hear you, maybe judge you, and most likely, ignore you.

See, that’s the thing about a musician who gets up the guts to take her talents outside the comfort of her own home. Recognition? Recognition would be nice. Some of us might like to gesticulate while quasi-shouting about artistic integrity and the importance of our music to ourselves, but don’t let that (possibly tipsy) group persona fool you: sometimes we want people to like us, really like us. As anyone who’s been to an open mic at a joint populated by fratty bros can tell you, being flat-out ignored for a sportsball game while you’re pouring out your heart and soul on a crappy stage is the most confidence-crushing occurrence ever.

But open mics might be a good place for you to start. At an open mic, your audience is a little more captive to your musicality, and you’re typically bookended by other acts. Scope out the place with the cheapest drinks and most attentive crowd. Ask around–do you have any friends who particularly love open mics, whether playing or attending? Find out where they like to go. Warm up, wind down, and go for it.

Those of you who do not play an instrument are not getting off the hook on this. It is my humble opinion that busking is a pure form of expression, where (nearly) anything goes, and creativity is the key. Find a cheap ukulele (twenty bucks online, and usually in a wide range of lovely colors!), learn three chords, and write something. Write a protest. Write about your morning bowl of oatmeal. Write about not being able to really write a song. The Ramones threw together three chords and lyrics about sniffing glue; you can bust out a one-hit sidewalk wonder about eating the best chocolate in the box.

When you’re ready to take your act to the street, do some research. I know some anarcho-minded people who say, damn the man! Your artistic voice should not be constrained by legality and permits! While this is an admirable stance, know that you can really only beg forgiveness once based on ignorance of ordinance. You can find different places to play every time if you’d like to avoid doing any research, but I find that following procedure saves a lot of trouble in the long run. Find out your city’s laws on street performance. It’s possible to tread the gray area of just playing and not asking for money, but I’d still watch out in case some overzealous officer wants to bust you for disturbing the peace.

There’s no one to announce you out in the open. Just go for it, and go for it with gusto. Ignore any bewildered stares. Those will only serve to dishearten. When someone smiles at you, smile back. Above all, street performance is an exercise in human interaction. If someone makes a request and you don’t know the song, ask if they might know the chords so you can finagle your way through it long enough to make someone’s day brighter. But even as you interact, be sure to not get pushy, or engage in arguments. It’s like the Internet. Don’t feed the trolls. Just keep on being you. 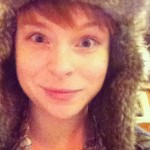 Caitlinface is a Caitlin, with a face. She reads things, sometimes writes things, and obsessively forces friends to watch her favorite things. She self-identifies as a Gemini Slytherin Targaryen, but don't worry, she's not really all that bad.

2 replies on “Busking: A Ladyguide for the Reluctant Artist”

A) I love the word “busking.”
B) This was fascinating. I love to observe street performers/artists, mostly because I feel like they have a pure love of their art, and they’re just doing their do, without too much concern for their own ego.

It takes a lot of breaking down and rebuilding of the ego, I can tell you. The only times I’ve ever put out my guitar/uke case for tips was when someone told me I should, and even then I felt weird about it. I just like the feeling of sitting or standing outside on a good day, playing songs that I love, and seeing others smile when they walk by. Come springtime I’ll have my Magical Purple Ukulele back out and I’ll be serenading the masses with ironic covers of pop songs.

Lady Gaga on a ukulele is genius. (This is where I stroke my ego: the Internet.)