Essentially, Chronicle is a movie about three dudes in high school who get superpowers. These dudes aren’t particularly close friends prior to a strange, underground organism giving them telekinesis. Their friendship blossoms out of the unique experience. Seriously though, when with a tiny group of people, and some ridiculous shit goes down that group can’t really tell everyone about? Bonds tend to form. This was not a great movie. Honestly, if you are expecting a lot of action and adventure out of Chronicle, you’ll be disappointed. Sure, stuff blows up, but if you really want some hot superpower-on-bad-guy action, I’d say hold on to your movie-going budget for the summer.

This is more of a drama with an injection of supernatural stuff. There is little heroism happening outside of the group of friends, and even that is pretty dramatic and emotional.

I feel like I ought to explain that there are triggers all over this movie. Be warned! Death, cancer patients and physical abuse by a parent are all major themes in Chronicle. It’s some heavy shit for a film with a movie poster that shows some people flying around above downtown Seattle, and I feel like that just isn’t fair. It reminds me of The Butterfly Effect in how I totally expected some cool sci-fi business, and instead was offered really brutal themes and imagery that were not cool at all. Oh, and how I didn’t really like it. That, too.

Inside of this movie about death, suffering and how human beings often react to those things, there was exactly one character I liked. The main protagonist Alex, videotapes everything he sees (and we see nearly everything through his camera), including girl’s butts and cheerleaders practicing their routines. Creepy and disgusting right? Alex’s cousin, Matt is a philosophy nerd who thinks he’s too cool for school. The third friend, Steve? He’s the most popular guy in school. Steve is a model student, running for student council president. Also? He’s black! His girlfriend is a little clingy, but I was cool with how the coolest, smartest dude in the bunch was a black guy. His fate is kind of typical to a supernatural film, but I still didn’t hate the writers for Steve’s character.

There was so much else I could hate them for, instead!

Anyway, I don’t need to really give you any spoilers about how the movie ends, because the trailer does it for you. Essentially what I’m telling you is that you should just watch the trailer, because you’ll see everything worthwhile in the movie.

Watch the Chronicle Movie Trailer in HD if you’re into that sort of thing.

Two unicorns out of 5 for this movie about teenage boys with feelings & superpowers. 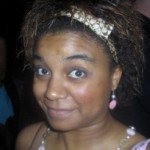 Pam has a tattoo that says, "Everything in life is done because of love or the lack there of." She later learned that thereof is a word, and regrets nothing.

5 replies on “Dudes Have Feelings and Blow Stuff Up: A Review of Chronicle”

Pam, this article had me CRACKING UP.

Bless you for reveiwing films that deep inside i want to see and yet cannot pay the 14$ NYC movie price.

Hahah, thanks. You’re the best, Coco.

The “Rent’s Too Damn High,” dude needs to attack movie prices, next!

Thanks for this review. I am a huge fan of Michael B. Jordan (Vince from Friday Night Lights AND Wallace from The Wire!!!) so I’m glad to hear his character is a good one. I think I’ll still see it at some point, but sounds like it’s for the best that my expectations are not very high.

OMG WALLACE! That is why he looked so familiar! Thank you for scratching that brain itch for me :-)