This week I will be answering reader questions! NSFW warning: there is a picture of a full Diva Cup below.

When you use a moon/diva cup, what is the blood meant to look like? I’ve only just started using one and I’m not sure if I’m having an abnormally heavy, clotty period or if they were always like that and I didn’t know because I was using tampons.

Much love for your articles by the way!

Great question! And so much kudos on using a menstrual cup! I am forever endorsing them. Although I cannot say for certain, what I’m guessing is happening here is what you already suspect: you just weren’t familiar with how much you bleed because you’ve always used tampons which soak up the blood instead of collecting it. For me, when I dump my cup it’s full of blood, clots, stringy thingies and all manner of bloody mess. For reference, here’s the blood collected by a heavy-bleeding friend of mine: It can be pretty alarming to hold a cup of your own menstrual blood when you’re used to dispensing of it without observing it’s volume. I’m told that women only bleed one fourth of a cup of menstrual blood per period, but most women I know (myself included) are shocked at how many times they fill the menstrual cup per cycle. Additionally, I’ve also observed personally and been told by other women that with the cup, they have heavier, shorter periods. When I was using tampons my period was about 4-5 days long. Since I began using the Diva Cup three years ago, my period is about 2-3 days long. I have NO scientific explanation for this, but I’ve been hearing similar reports from other women for years. I’m sure that the science behind it will reveal itself soon. Perhaps the suction the cup creates inside the vagina pulls the blood down faster? I cannot say for sure, but I am pretty certain that your blood only seems heavier because you’re holding it in a cup.

I’m prone to Bacterial Vaginosis, which is a real drag for me. It seems like after sex with or without a condom, the BV always returns. I do everything I’m supposed to do after sex, like urinate and wash, but still to no avail. Any advice is greatly appreciated.

I’ve gotten A LOT of smelly vagina questions lately! Bacterial Vaginosis is a difficult imbalance to remedy once it’s begun, and can thus be chronic for many women. BV is an imbalance in the healthy vaginal flora that creates infection. The symptoms are foul odor, vaginal itching and irritation, thin white or grey discharge, and burning during urination, though sometimes the infection will be asymptomatic (no observable symptoms). The thing about BV is that it’s poorly understood; we know it’s an imbalance of the healthy vaginal bacteria caused by the overgrowth of pathogenic bacteria; however, many factors or a combination of factors can encourage this kind of imbalance, so it’s difficult to know where to start.

I suggest that the first thing you do is read my previous article on Vaginal pH. Sex can be one way of imbalancing healthy vaginal bacteria, but it’s not the only reason it happens. Your BV issue could have nothing to do with having sex, and seeing as how you’re observing it both with and without using condoms, I suspect it isn’t related to sex at all. Since I cannot know exactly what IS causing it, here are my general recommendations regarding Bacterial Vaginosis:

1. Apart from a  laundry list of over the counter BV medications available, I recommend plain, organic yogurt with live lactobacillus cultures and/or boric acid inserted into the vagina. Do it before bed every night. Yogurt contains healthy microorganisms that can fight the BV-causing microbes and boric acid can acidify the vagina thereby creating a less hospitable environment for pathogenic microbes. What you’re trying to accomplish here is the repopulation of healthy bacteria. These bacteria will kill the infection if they have an acidic, well populated area to fight the good fight.

2. Go ahead and get yourself a pH balanced soap. I recommend Nature’s Plus Natural Beauty Cleansing Bar. It has a pH of 4.5, the same as healthy vaginal secretions and should help acidify the vulvo vaginal area and encourage healthy bacterial growth.

3. Cut down on candy and simple carbs while you’re treating the BV. Sugar can imbalance your body chemistry and encourage the cycle of infection.

4. Abstain from sex for a while. Not too long! Just take a week-long sex break while you’re treating the BV.

5. Let it breathe. Sleep naked, avoid tights, pantyhose, and restricting clothes, and stay out of baths with soap, oil, and/or bubble bath.

While I definitely encourage women to use home remedies as a way of being proactive about their health, I’d be remiss if I didn’t mention that if these remedies don’t work, it may be time to see a physician. Sometimes women can assume they have BV when there is something else wrong. Often Chlamydia, trichomoniasis, and other sexually transmitted infections can have BV-like symptoms (bad smelling discharge, itching, irritation) and can thus be overlooked. Please don’t hesitate to go to your friendly neighborhood heath clinic and get tested. It’s never a bad idea.

I just bought my first tincture of Dong Quai. Anything I should know before taking it? This is my last ditch effort to solve a missing period issue. How long should I take it before I figure it’s not working and leave this issue to the professionals?

What you’re experiencing is called Amenorrhea, which is the absence of a menstrual period for more than three or more consecutive months (it also applies to young women who have not yet begun menstruation, pregnant women and postpartum women). Amenorrhea can be caused by a lot of issues, but here’s the basic break down:

3. Non-birth control medication, such as some blood pressure medications and antidepressants can cause Amenorrhea.

4. Hormonal imbalances such as Polycystic Ovary Syndrome, thyroid disorders such as hypothyroidism and hyperthyroidism, benign pituitary tumors and premature menopause.

5. Lifestyle factors such as eating disorders (anorexia and bulimia), excessive amounts of stress and/or exercise.

As you can see,  Amenorrhea is a complicated issue. If what’s happening here is a case of needing to wake up those ovaries after discontinuing the use of birth control, what I recommend in herbal remedies is a combination of herbs. Ideally, you’d get yourself a copy of Wise Woman Herbal for the Childbearing Year, (a valuable resource for pregnant and non-pregnant women alike) first. Next, you’re going to want to a few tinctures. I consulted with a former colleague of mine at Bastyr University near Seattle, and she fact-checked my recommendations: Angelica (which is closely related to Dong Quai) and Blue and Black Cohosh. You’re not going to use those all at once, but it’s nice to have a small variety on hand to see what your body responds to. Here’s how to use them: Dong Quai: One Tablespoon of the extract daily for four days

Additionally, you can make tea from ginger root  and parsley and sip that throughout the day.

These herbs are Oxytocic Emmenagogues. They produce uterine contractions and encourage menstruation. These are very, very strong herbs. I’ve recommended these herbs to induce women who were overdue in pregnancy (with success every time) and used these herbs myself to encourage menstruation when my period was constipated. It is absolutely vital that you follow the directions for use and do not take too much; you can easily overdose on herbs like these and make yourself sick (I’ve done it. It hurt really, really bad). Once menstruation has begun, discontinue use of these herbs so you don’t bleed too much. If you have not begun your period after the recommended amount of time, discontinue using them.

Similar to the question about BV, I want to be clear that Amenorrhea can be a symptom of a much larger issue and/or masking another issue. If you begin your period, great. Hopefully that little herbal push is all you need. However, period or not, I recommend you see a physician, especially if you’ve been missing a period for longer than three consecutive months.

That’s all for this week! As always, I encourage readers to add to my answers and share their experiences- have you ever struggled with chronic BV? Have you successfully induced an absent period? Have you found that your periods are shorted and/or heavier since using a menstrual cup? 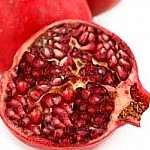 5 replies on “Q & A with Ms. Vagina Science: Heavy Bleeding with Menstrual Cups, Treating BV, and using Emmenagogues to induce Your Period”

For the BV, taking probiotic pills in general (perhaps in a higher dosage) might be helpful in sort of resetting the system a bit. It might not help something that is already in progress, but once you get one round cleared up, I would think it would be a decent preventative measure.

I usually drink parsley tea when my period is late – it’s milder than some other emmenagogues, and it usually works wonders. The only time it didn’t, I think my hormones were doing odd things, because going on the pill for a month got it going again.
As far as reproductive health and herbs, sisterzeus is a pretty good site to check out.

All I can Â think of now is “Yogurt Douche”. I.

lol. I am thinking this is more of a “light application” than a full-on douche.