When my grandpa died a couple years ago, everyone came back to my hometown to cry a lot, drink too many fermented beverages and eat ham and Jell-o salad with carrots in it.

The night after his funeral, six cousins hung out in a bar in Wisconsin and listened to Cannibal Corpse at 2 a.m.

It has a jukebox; one of those fancy new ones that allows you to download from a massive catalog. Jukeboxes of this type are dangerous to my brothers and me. It means we get to curate. It means we take over. It means we aren’t limited to Garth Brooks, Travis Tritt and (I don’t even know anyone else to include in this list). It means my cousins, brothers, and I commandeered the jukebox for the whole night and alienated everyone else in that bar. We cleared the place out with our song selections. It felt good. We liked to think it’s how grandpa would have wanted us to cope: strangely, with irreverence, and too many beers.

It started out simply enough. A little Boys II Men to wash down the whiskey. We acted out the song, sappily, but there was truth in there. Our beloved grandpa was dead and we couldn’t let go.

One family Christmas in the “˜90s, we played Wesley Willis for gramps. He thought it was hilarious and wonderful; when he’d really get laughing, he’d tear up a little and shake his head, pinching at the corners of his eyes. So of course it entered the playlist that night. (Bonus: this version on YouTube is interpretive!)

Then we continued with some New Wave. As everyone knows, nothing will make you feel happy like New Order can (except maybe Joy Division).

Then we brought it up a notch with some Low.

A few songs in a row started to prove we were sad, so we had to put a stop to that. So we danced the Roger Rabbit to this classic ditty by Peaches.

After awhile, we abandoned nostalgia or the mockery of the emotions we were pretending not to have, and we just started to distract ourselves. And out came the Slayer. Everything is better with Slayer.

At bar close, we exited the establishment while “Hammer Smashed Face” played into the darkness – until the bartender pulled the plug. Now, whenever I hear any of these songs, I think of my grandpa, eyes twinkling, laughing and shaking his head.

After all, this is the man who had “Take Me Out to the Ballgame,” including all the verses, as his funeral recessional.

RIP, Grandpa. We miss you. 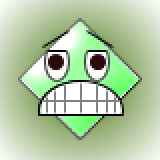 13 replies on “Songs for a Funeral”

Brad Paisley and Dolly Parton, “When I get Where I’m Going.”Â  I have no idea how to put links in here but the YouTube video is at:

This song gives me chills no matter how many timesÂ  I hear it.

I would like to humbly posit “Edward is Dedward”, wherein Emmy the Great sings about the death of her friend. It’s funny, it’s touching, it’s sad and it’s defiant, it’s exactly what I want played at my funeral (by a good friend, of course).

My favourite lyric is right at the end; “until the day my body leaves; I will regret that you don’t breathe.”

My stepfather loved (LOVED) Aimee Mann. So I put all of her CDs on my ipod so I can listen to them and remember all the good times.

My grandfather died 3 years ago, and I would have liked to have grieved in a better way than we did. The service at my grandparents church was 98% about guilting people that they’re going to hell unless they smarten up and 2% about my granddad. My grandmother is on her way out currently with a recent cancer diagnosis, and admittedly, the first thing that crossed my mind was how much of a tragedy that the service will be. I’m going to have to organize something more cathartic when it comes time.

My boyfriend’s father recently passed away, and the two of us went through his dad’s “top 25 most played” on his computer to find songs for the memorial service. Â The number 1 song with 16 plays was this weird 8-minute blues song that began with a guy saying “This song is about crystal meth”. Â We decided that was just a little bit inappropriate. Â Kid Rock did make it in, though.

We had my BIL’s iPod playing while he was at home in the coffin. Thankfully Mr. Cesy went through it first and removed Alice in Chain’s “Man in a Box”….

My youngest brother died recently. The main song we made sure to play at his funeral service was “A Whole New World.” Which seems a bit funny, I know. But he loved that song, so it felt right. We went out afterwards and drank, too. I may be a bit tipsy right now, but I feel that you need to mourn in whatever way feels right to you. People may judge you, but that’s their problem.

So sorry about your brother. Mr Cesy’s youngest brother died last year, and losing a sibling is just so hard.

You’re so right about mourning in the way that is right for you. Big hugs lady.

When my grandpa died, my husband loaded the car up with me and a bottle of Captain Morgans, and then encouraged my mother and I to do shots instead of cry. Â That was the night my mom finally told us Grandpa’s “smoking weed with Jesus” story. Â (Grandpa grew up in west Texas, where he had a Hispanic friend named Jesus who apparently had quite the hookup for good weed in the 1920s).

Sometimes, you have to cope in ways that are appropriate for your family. Â For my family, that means hard alcohol and inappropriate stories.

Sounds about the same as my family!

When my grandfather passed away, we sat on my grandparents’ patio, drank heavily, and my uncle told stories about him and other family members. These included “the one day pool” and “that time Corky (my grandfather)….[insert shenanigans].” We cried. And then we laughed until we cried.

Fantastic. Sorry about your Grandpa, he sounds like a swell man. The strongest memory I have after my Pop died is of my uncles, quite drunk, with an entire frozen leg of ham. It was a fully piggy leg, and they needed to deal with it. So one sat on the bench holding the ham, and the other tried to saw through this frozen leg of pig with a hack saw, all the while making jokes about one uncle’s experience with prostitutes in Hong Kong. Â It was a very surreal moment, and one that sums my mad family up quite nicely.

Sounds like the best time to take care of frozen ham.

The things we do to cope, am I right?