Let me firstly say, that I’m a casual feminist. That doesn’t mean I don’t feel strongly about certain issues, or that I’m uncommitted to improving the status of women, it just means that it’s one of many interests. I’m a feminist hobbyist, rather than a full-time, professional player.

And as a casual feminist, feminism can sometimes seem like a pretty wild beast. There’s feminism for ethnic minorities, feminism for the LGBT crowd, feminism for Christians, feminism for right-wingers, feminism for sex workers, feminism for stay-at-home mums, the list goes on. It’s a raucous house with many rooms, and as Alex wrote recently wrote here on Persephone, “try to find a leader of our feminism, a unified ideology, and you will fail. That makes us stronger, not weaker.” No, there’s no one leader, or unified ideology. But that doesn’t mean that all the feminists living in their separate rooms (with the occasional spat between neighbours), can’t sometimes come together for a good old-fashioned party. Say, perhaps, to take down a certain obnoxious talking head. Internet may have accelerated the fragmentation of feminism (multitudes of niches groups), but it has also served those same groups to come together when needed (leaderless, rapid response activism). Making feminism a thoroughly modern affair.

And let me just say, it is important that the feminist movement comes together every now and then. It’s important for the casual feminist, the numbers of which will always outnumber the professional feminist. The casual feminist isn’t going to hang out in one of the rooms, but she will rock up to the party. And when there are enough people at the party, the ground shakes and the world splits open into a giant, earth shattering smile.

Today is International Women’s Day, and my activist group Lane Change is inviting you to ‘Give the Ladies Some Love‘. We want every feminist ““ casual or otherwise ““ to come to the party. Let’s celebrate how far feminism has come already. When I think about all the great strides taken in the last 100 years (we can vote! we’re allowed to work and own property!) I don’t just feel hopeful about the women’s movement, I feel hopeful about movements altogether, whether that’s environmentalism, or human’s rights. Feminism is the perfect poster girl for change. She shows us that change is not only possible, it’s positive, violence-free and lasting.

Let’s cheer on the lady heroes of past and present. Let’s foster a new generation of brilliant, strong women. Let’s lend each other a professional hand so that women can learn to make smart career decisions. Let’s do what we can to support women who are fighting huge battles against poverty and discrimination. Let’s take a moment to open our mouths (or update a Facebook status) on a women’s issue we might not usually.

At ‘Give the Ladies Some Love‘ we have five, practical actions that you ““ boys included – can carry out to do your bit for the women’s movement. Head to the site for more details, but in short these are:

But if you have more ideas, we’d love to hear them. We also want to hear from all of you that complete an action over on the Facebook event page. 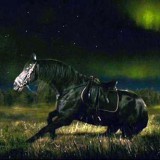 This makes me chuckle, because I feel like, even though I read this just now at 10pm in my timezone, I feel like it played a role in my day.

Just earlier, I was at a social gathering for the students in my department, and I was talking to someone I hadn’t really conversed much with before. I had vaguely remembered her from a conference we both had attended (despite being from different undergraduate institutions!), so I asked her about it. She started telling me about her paper, and it had been on postmodernism and feminism. But she started off describing it by setting up a defense for feminism based in equality and so on and so forth.

I stopped her in the middle of it. “I’m a feminist,” I told her.

It was an interesting interaction. I’m usually very brazen about my strong opinions, and being a feminist is something so near and dear to my heart. But I’ve done similar things as what she did tonight. You come to expect a harsh reaction the minute the “f-word” leaves your lips…so you prepare to defend it even before you say it.

I can only hope I can continue to try to be brazen in my admission of my beliefs, because it shouldn’t be so bad to be something rooted in the idea that all people should be treated equally, no matter who they may be.

I think the biggest thing, is to recognize that sexism still exists and then actively try and take it down, or at least open a dialogue about it. There is the idea that we somehow don’t need feminism anymore in the 21st century (I think particularly in my country, Canada, because legislators aren’t obviously attempting to take down Planned Parenthood every other second- our PM has sneakily defunded a lot of women’s advocacy groups though) but that is simply not true. Sexism exists, rape culture exists, all sorts of barriers to successful careers for women and equitable work environments exist… and we need to keep talking about it.

I seem to remember learning in history class (perhaps in grade 8 or 9) that the Canadian Constitution grants equality under the law, but equality before the law (access to the same opportunities, individuals treating eachother equally) is really the ideal. While I know we are given the former (as women, in my country) but as I have aged and experienced things, Â I have become less and less convinced that we have the latter.

As somebody still pre-University, for me the biggest thing is education. A lot of young women (thankfully actually not a majority in my experience) dismiss feminism because feminism isn’t something that’s taught instinctually; but as soon as I talk about something like the Bechdel test or identify sexist tropes, I get nods of agreement from men AND women. I’m part of a thriving Feminist Society at my school, who often run debates against other Societies (we also tend to win). The culture of my school is subsequently pretty damn safe as secondary schools go. I think there has to be a connection.

What I think is really vital is having schools which are willing to talk about these issues. Like with LGBT issues, often having a school that routinely engages with relevant issues does much to impact the environment of the school. So for me, pressuring that is key.

My biggest female heroes?; Shami Chakrabarti, Diane Abbott (though I find many reasons to disagree with her), Jenni Murray, Arabella Weir and probably a toss-up between Jung Chang and Fadia Faqir. There are hundreds of female novelists (Amy Tan, Andrea Levy and Malorie Blackman come to mind) who could’ve taken any of these slots but I thought I’d better not fill it with authors =p

The biggest thing for me is to say feminism, a lot, all the time. Â I work with college students, and many of them think it’s a bad word.

My lady heroes: Kate Sheppard, Dame Sian Elias, Dame Sylvia Cartwright and Ethel Benjamin. As reflects my heritage and all involved in either law and/or constitutional matters which reflects my interests.

Today wasn’t my day to do so, but I volunteer as a solicitor at the local Women’s Centre, giving free legal advice to women, which is pretty sweet. My colleague here is the Secretary of the Board there, and it does so much for the women in our community. Â However, there is always more that needs to be done, so definitely behind the gist of this post- lets continue to take practical actions that will make the life of women better, for today and for the women of the future.