If you grew up in Canada in any time between the 1970s and the early 1990s and watched any broadcast television, you will probably be familiar with the Hinterland Who’s Who, small video vignettes, or public service announcements, which feature film footage of Canadian animals in their natural habitat, accompanied by a sonorous flute tune.  While these little videos can be looked at nostalgically as a piece of Canada’s recent past, they also are highly indicative of how we construct national identity in Canada.

Beginning in the late 1800s, artists collectives, for example “The Confederation Poets” and “The Group of Seven,” have written about, painted, and composed music about Canadian wilderness as a means to create a unique cultural identity, separate from the country’s heritage as a British colony. This phenomenon parallels what happened in the United States a century earlier as the country also became independent, nature writing and art gained popularity. In Canada, thanks to fairly aggressive government and public broadcast programming in the period between 1932 (when the Statute of Westminster was passed and the country became fully independent) and the present, the idea of wilderness and wilderness imagery has remained a central part of Canadian identity.

Now, what’s the problem with this? We do have a lot of wilderness in Canada, a lot of open space and we are just celebrating that, right? I got into my dissertation research area ,1940s CBC radio programming and the representation of wilderness, because I grew up backpacking, hiking, camping, canoeing, and cross-country skiing with my family. Canadian wilderness or the idea of wilderness in Canada is something I identify with on a very personal level. At the same time, as I have gotten further into my research and read more about ecocriticism and ecofeminism, the social injustices that result from a culture whose identity is arranged around wilderness become much more apparent.

The problems with the Canadian wilderness can be divided into two main concepts. First, as Allison Byerly argues in her essay “Uses of Landscape: The Picturesque Aesthetic and the National Park System,” wilderness is a construction, a myth. Byerly points this out by discussing landscape architecture in the national park system, a last bastion of nature and wilderness in North America and emphasizing the artificiality and constructed nature of this allegedly wild space. The mythological properties of wilderness are very clear in Canadian society, too. Most Canadians have not seen the wilderness of the entire country, but thanks to our art, literary, and musical history, and public broadcasting (like the clips of The Hinterland Who’s Who we saw as children) we are able to view images of the wilderness that we have not seen and construct it as part of our national identity. Our identification with wilderness is highly imagined for most Canadians, since, despite the amount of space our geography affords us, we are largely urban dwellers.

The fact that our national identity in Canada is arranged partly around our own, often loaded, conception of the Canadian wilderness is problematic because of who wilderness, as we have constructed it in North American culture, is intended for and who it excludes. Wilderness, exploration and wilderness appreciation was established as the purview of white, relatively privileged, urban dwelling males. Beginning in the 19th century, young men, such as the 9th Earl of Southesk, James Carnegie, travelled into the Canadian backcountry partly as a means of recovery from illness. This pattern is replicated in the United States with men like John Muir and Aldo Leopold acting as advocates for the preservation of the American wilderness. Additionally, because a relationship with wilderness has been established as a white male phenomenon in our culture, anyone who is not white, male, wealthy, or urban dwelling is excluded. First Nations Canadians, people of colour, women, the poor all need not apply. This is particularly offensive towards First Nations Canadians who were forcibly removed from their land with the Civilization of Indian Tribes Act of 1857, placed on reserves and in residential schools, and represented as idealized and romanticized noble savages, fixtures of the landscape rather than people with their own rights, identity, and agency. The role of the literary construct of the noble savage in Canadian identity and policy is something for a later post though.

In short, innocuous vignettes, radio programming, and television campaign ads which feature the Canadian wild prominently as a defining feature of national identity carry with them a really loaded and complex history. Some of it has been good, during the Second World War, for example, nationalist radio programming about the Canadian landscape was really important for creating a sense of national unity. This is something we need to continue critiquing and talking about because it affects not only how we perceive ourselves and identify, but how we relate to others in our country and, arguably to our political choices.

If you want to read more about ecocriticism check out: Uncommon Ground: Rethinking the Human Place in Nature by William Cronon (ed)  and The Ecocriticism Reader: Landmarks in Literary Ecology by Cheryl Glotfelty and Harold Fromm (eds). 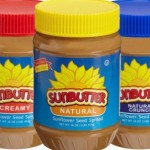 6 replies on “The Problems with Canadian Wilderness”

have you watched 8th Fire yet? It’s on the CBC website for free if you haven’t. So worth it.

I keep meaning to and should really get on it. That, and possibly Arctic Air.Â

This really makes me want to read your thesis.Â  Fantastic food for thought!

Thanks! I can PM you the link to my MA thesis…. it is less about government programming though and slightly more about Canadian music and appropriation of indigenous culture. My dissertation will probably be a few years in the works. (I hope only 2-3 yrs! :P)

Great article! There’s some really interesting research out there about how nature/wilderness and Aboriginal peoples have been incorporated into Canadian identity. You should check out Eva Mackey’s “The House of Difference: Cultural Politics and National Identity in Canada” if you haven’t already. Chapter 2 is particularly relevant to nature, wilderness and identity.

Another thing that images like those of the Group of Seven do is portray Canada at the time as an *empty* space that was there to be “discovered” and taken over by Europeans. There are never any people in older Canadian landscapes, despite the fact that there were thousands, if not millions of Aboriginal people already living here. Kent Monkman’s paintings are really interesting subversion of this narrative. And sorry that my comment is all about art! That’s my area of interest, if you couldn’t tell…

Kent Monkman is super interesting! There definitely need to be more voices subverting this pretty hegemonic narrative of what it means to be Canadian. In The Ecocriticism Reader (the book I mention above) there is an essay on landscape architecture in the national parks which talks about how landscape architects basically work to cultivate an image of an empty landscape in the parks system. It’s interesting because the creation of the parks system (particularly in the US) follows right on the heels of massive government-sanctioned resettling of indigenous peoples.

Thanks for the other bookÂ recommendation! I will be sure to check it out! There is beginning to be so much good literature on appropriation of first nations cultures in Canada… I am glad since I think it’s well overdue!