Cut the World is the newest album from Antony and the Johnsons, which really just means Antony Hegarty, a strange and interesting person, accompanied by a live orchestra. This isn’t an album of new songs, though; there’s only one new track on it, the perfectly serviceable title song “Cut the World,” along with one spoken piece which”¦ well, we’ll get to that later. The other ten tracks are old songs, reworked and set to new, orchestral arrangements.

My favourite Antony and the Johnsons songs are all early, from their eponymous debut album and I Am A Bird Now-era. (“Bird Gerhl” is one of my all-time favourite songs.) The later albums, Swanlights and The Crying Light, are much less interesting and emotional. They had much less impact for me; I didn’t much like the words, the subject matter, the arranging or the way Antony used his voice. This made listening to this album kind of a weird experience; I was more excited to hear the older songs, like “Cripple and the Starfish,” “I Fell in Love with a Dead Boy” and “Rapture,” again, but they needed updating less, and had a pretty complex musical backing to start with, making the changes seem unnecessary. I was less interested for the newer songs, like “Swanlights” and “Kiss My Name,” since I didn’t enjoy them the first time round, but while they still don’t blow me away, the new arrangements have made them much more enjoyable and made a much bigger improvement. The orchestral arrangements really help the newer songs, recalling some of the power and depth that the

classical instruments contrasting with Antony’s unique voice brought to the earliest songs, although “Cripple and the Starfish” really suffers from the buried string solo and the lack of the spectacular saxophone that really makes the original version.

Antony’s unusual voice is in great shape on this album. His heartbreaking falsetto wail is most effective in small doses, but on the last couple of albums it’s been overused. Here, if anything, it’s a little underdone, but an incredible instrument for conveying melancholy.

The songs on this album are good and worth listening to if you don’t already know them, but honestly, I don’t quite see what the point of the album is. The new arrangements don’t make a substantial difference to any of the songs, really; they aren’t transformed into anything new. It’s missing too many obviously better songs to serve as a Greatest Hits (“Hope There’s Someone,” anybody?), and feels pretty self-indulgent – the boring “Swanlights” meanders on for nearly seven and a half minutes, which is four minutes too long. It’s enjoyable, but if you already have the original versions of the songs, just listen to those. In fact, it feels to me like the whole album is just a vehicle for the second track, a spoken recording called “Future Feminism.”

Ugh, okay. I guess I can’t put it off any longer. Let’s talk about that mess.

“Future Feminism” is a live recording of Antony speaking about”¦ stuff. I read it described as his feminist, transgender, religious manifesto. You have no idea how hyped I got when I heard about it. Answer: really hyped. It sounded like brilliance that was going to be insightful, interesting, meaningful, important. But oh man, was I wrong about that. “Future Feminism” is a barely coherent, badly thought out, rambling mess of New Age nonsense, gender absolutism, idolisation of “femininity” and meaningless buzz phrases that should never have made it out into the public.

For starters, Antony is apparently a horrible public speaker. The recording is full of nervous breaths, awkward pauses, uncomfortable laughing, and incessant uptalking. Barely a sentence escapes his lips without being turned into a question. Also, it sounds to me like he had planned out his speech in advance, but didn’t have it written it down in front of him. There are weird topic jumps and logic gaps. There’s no explanation of his buzz phrases like “feminine systems of governance,” and weirdly, no analysis or criticism of the system of absolute gender binaries. Antony seems keen to simply replace a patriarchal system with a matriarchal one, but gives no explanation

to suggest what that means in terms of social and environmental relations. I’d hoped to use his speech to discuss my own ideas of feminism and a feminist future, but although the track is called “Future Feminism,” the word “feminism” appears in it not once. Instead, there is a lot of use of “feminine” and “femininity”, which are not at all the same thing. Antony appears to be working from a misunderstanding of the notion of feminism; in my opinion, feminism does not mean trying to replace the “masculine” with the “feminine,” but actually means encouraging people to stop believing that there has to be a difference between what is “masculine” and what is “feminine.” In fact, the viewpoint from which Antony is working and my own are so at odds that I don’t really have a way to critique his points.

I’ll give him this: I’m sure that Antony is a very intelligent and thoughtful man and that his views are the result of a long process of observation, refinement, self-understanding and trying to find a way to fit into a world in which he clearly feels an outsider. I saw a glimpse of some very interesting points in there, particularly surrounding the transgender and the “patriarchal monotheistic” religion issues. But this was not the way to express them. If he truly wanted to create a manifesto for a “feminist” future, he needed to think this out and write it down clearly. It would probably be fascinating. This, though – over seven and a half minutes in which he says precisely nothing – is just an embarrassment. I’ll give you some quotations and some thoughts of my own:

I’ve been thinking all day about the moon. Like, is it an accident that women menstruate once a month and the moon comes once a month?

It’s a known fact in mental health that people are more excitable around the full moon. And what about the fact that we’re 70% made of water? And the whole ocean reacts to the full moon, right?… If we’re 70% water, I must be having some homeopathic relationship with the changing cycles of the moon.

I don’t think that homeopathic means what you think it means. Also. Gravity: it’s not magic.

In patriarchal monotheisms we all worship a god elsewhere, who has a plan for us in a paradise elsewhere after we die.

But I’m a witch? I actually de-baptised myself?

What’s great about being transgender is that you’re born with a natural religion”¦ you’re almost automatically a witch. None of the patriarchal monotheisms will have you.

Transgender people are automatically witches. Um”¦ okay. That actually sounds like something a conservative patriarchal monotheistic religion would say itself.

I’m worried that the ecology of the world is collapsing, and I won’t have anywhere to be reborn. Because I’m like, where are any of us going? Where have any of us ever gone?

Did you know that whales were once land-roaming mammals? And then they crawled back into the ocean, trying to find something to eat? And eventually they got rid of their hands and legs?

Uhh”¦ I don’t think that that’s quite how it happened.

Indigenous? Really? I’m not sure what he means by that. Either he means innate, like, we’re born thinking the earth is our mother, or indigenous as in that belief is common to the religions of indigenous peoples, which is kind of true, but it doesn’t really sound like he’s done his research and can provide thorough and culturally sensitive examples. Anthropology!

I truly believe that unless we move into feminine systems of governance, we don’t have a chance on this planet.

Feminine systems of governance. You want to tell us what those are like, Antony? No, he doesn’t. My question: what is wrong with just saying “better” systems of governance? More considerate of the environment, more people-focused, more caring, more thoughtful, more whatever the hell he means by “feminine”? Why does everything have to be broken down into meaningless arbitrary conservative absolute gender binaries? Just because he’s saying “feminine” is better doesn’t make it any less problematic.

Here’s the thing: the idea that abstract things, like systems of government, character traits and activities can be somehow either “masculine” or “feminine” is a product of the patriarchy. Wanting to replace the “masculine” with the “feminine” is just another form of the same hegemonic system. (Cultural hegemony: roughly, it means the social system imposed by a dominating class that is bought into by the subjugated class willingly or without the use of force by the dominating class. In this case, the hegemony imposed by the patriarchy is the idea that “masculinity” and “femininity” are fundamentally different and belong in a dichotomous binary, and most people, including those in oppressed groups like women and trans people, pretty much believe this and don’t think about it too hard.) Moving beyond the gender hierarchy of the patriarchal system means accepting what to me appears to be the fundamental principle of feminism: not that “masculinity” and “femininity” or “male” and “female” are equal, but that, except for penises and vaginas, there is basically no difference at all between them.

Ugh, of course Sarah Palin exists, but don’t bother me with that. But Sarah Palin is working very much within patriarchal systems.

It is obligatory to mention Sarah Palin whenever you say anything about women in government.

Final verdict: I’m gonna give this album a 5/10. It’s got some enjoyable updates of good songs and is pleasant to listen to. The musical accompaniments are stunning, his voice sounds great. I can’t forgive the problematic logicless disaster of “Future Feminism” though. I’m knocking off two full points for that, which is sad, because I would really want to give a spoken word feminist, transgender manifesto called “Future Feminism” like a billion extra points. But no. Seriously, if you get this album, just skip track 2. You will be much happier for it. 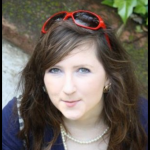