It comes up in every book group I’ve ever joined, but it still irked me when a woman made this contribution during my current book group’s last meeting:

“I hated it. I didn’t like the main character at all. She just seemed so weird.”

Cue a collective internal sigh from the rest of the group.

The main character she was referring to is the protagonist of Muriel Spark’s novella The Driver’s Seat. It’s a quick but intense read that yielded a pretty robust discussion that day, the kind that reminds you why book groups can be so valuable despite occasional disconnects between members.

I won’t divulge too much of the plot because I highly recommend reading it yourselves, but I will borrow Wikipedia’s description of The Driver’s Seat as a psychological thriller that involves “themes of alienation, isolation and loss of spiritual values.” Lise, the protagonist, is weird and then some; erratic, deceitful, and manipulative would be kind ways to describe her. (For a shorthand visual, here’s Liz Taylor’s interpretation of Lise from the book’s movie adaptation, Identikit.)

She’s also fascinatingly dark and destructive, and in my opinion that, combined with the basic humanity Spark gives her, is enough to hook any reader.

To be clear, I wasn’t frustrated because the woman who spoke held a different opinion, but because she voiced what I think is an unreasonable reader expectation: that fictional characters, particularly female ones, need to be likeable in order for us to enjoy the overall work of a book. (You could easily substitute “TV show” or “movie” here as well, but since I’m already tackling too much I’ll limit this to books.) To me it seems both arrogant and facile to give up on a book altogether because the protagonist is not your fictional friend.

Novelist Claire Messud got some press recently for voicing a similar opinion in Publisher’s Weekly after being asked if she would want to be friends with Nora, the often-infuriated protagonist of her new novel The Woman Upstairs. Messud addressed the question’s implied sexism (“Would you want to be friends with Humbert Humbert?”) before proposing a better one:

We read to find life, in all its possibilities. The relevant question isn’t “is this a potential friend for me?” but “is this character alive?”

It’s slightly depressing to think that even fictional women must adhere to some arbitrary likeability standard that undercuts not only their capacity as characters to be messily human, but our capacity as readers to extend empathy or even interest to them if they are. To echo Messud’s sentiments, who cares if she’s likeable–is she interesting? Complex? Conflicted? Captivating enough to keep you turning pages? And if so, what more can you ask of her?

I’ve read many female characters who match those adjectives, and when I do so I almost always feel grateful to their authors for subverting our expectations by writing them as such. None of these women would be my friend, but I was glad to entertain all of them for a while, or really to have them entertain me. To name very few:

Does anyone else have an unlikeable literary lady to submit to the list? 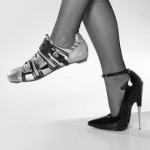 Ladies, thank you all for these! I may need to start a subcategory for “Difficult Ladies” in my Goodreads “To Read” pile.

I realize I’m kinda late to the party, but I just thought of one unlikeable character: Lily Bart from The House of Mirth. Sure, she’s self-absorbed and stupid, but Wharton’s writing makes it so that you can really see that she’s a victim of society as well.

I enjoy unlikeable characters who have a reason for being that way. Katniss catches a lot of flack for being selfish and cold, but look at her life! She’d be boring as all hell if she were a saint after all that. Cersei and Jaime Lannister too; at first they’re both completely loathsome, but once you see more of why they act that way, they become more sympathetic. But characters who are just unlikeable for the sake of it annoy me because it’s lazy writing.

I’ve never really thought of Katniss as Selfish at all, to be honest. Cold I can see, but as you said she has reasons for it due to the way she was brought up, and the way her mother became when her father died. That, and she was scared to get close to people. But many her actions themselves aren’t really selfish – She doesn’t do the things she does for herself. She does them for her little sister, to try and protect her by sacrificing herself. Prim was her motivation for practically everything, and later on Peeta became a damn good motivation for her as well.

(Goodness it’s difficult to keep huge spoilers out of this!)

I have a hard time with protagonists that aren’t likeable, but that’s mainly because I gravitate towards relatively lighter fiction. There’s enough dark stuff going on in everday life, I like my art to be pretty and not too deeply challenging. But, in fairness, I hold male characters to this standard, too–I HATE Gatsby and all manner of other literary dudes because they’re hard to like.

I’m glad to know I’m not alone! I couldn’t stand Holden Caulfield and that colored my opinions of Cather In The Rye. I also hated Haversham. But I hated Great Expectations before her character was introduced. I’m the same way with television. I hear people talk about how much they love Cordelia from Buffy and hated her when she became a goody on Angel but I’m the inverse. I couldn’t stand her until she became a goody….but I admit to becoming ambivalent about her when she became a goody two-shoes. *anime smile and sweat drop since I don’t have a GIF for it*

Accurate representation of Fanny Price as updated for modern audiences:

OH MY GOSH YES. Fanny drives me CRAZY. I think it’s the combination of being overly serious, physically weak (not her fault, I know, but the way it manifests is annoying) and – this is the big one – immensely self-pitying without ever trying to change things. I think the moment where I knew I couldn’t stand her is when there’s a comment about how she won’t have her wine and water at night unless Edmund makes it for her, because nobody else does it right. How is it possible to be that mistreated, that self-pitying, and still be that particular? Ugh.

God she was an appalling character: selfish, utterly entitled, manipulative, wilfully self-delusional, etc. etc. It’s a huge risk to take with a ‘character’ who was also a real person, too.

Momoko from Kamakazi Girls is one of those characters I love reading about but would hate to know in real life. She’s childish and selfish. Still her dedication to doing exactly what she wants to do makes for great reading.

Ha, I can copy paste my reply from another PMag article. We are used to wanting/needing to like the character, but that shouldn’t be the post. Be fascinated, disgusted, feel superior, wiser or dumber.
A character needs to move you, not please you. If you want a full time pleaser, pick your poison according to that urge.

Gwenhwyfer, from The Mists of Avalon, has always really pissed me off with her hypocrisy. I actually punched the book when I first read it in high school. When I came back to it a decade later, I still didn’t like her much, but I had a much better understanding of why she acted the way she did.

Pretty much everyone in Patricia Highsmith stories. They’re all varying shades of awful, yet fantastic.

OK, it’s not fiction, but…the Julie and Julia book. The author is pretty up front about her own faults and neuroses. I didn’t completely like her, and she reminded me too much of me. It was a good book.

I just read Moon Tiger, and I’m glad I missed that particular book club session, because I’m sure many did not care for Claudia. I didn’t like her at all, but still found her personality really interesting. It does make it harder to connect to the book, though.

Quite clichÃ©, but I have always adored Catherine Earnshaw for being such a complicated, dramatic girl.

Catherine, absolutely! To some, she’s nuts; to me, she just loved big.

I’m with you on Catherine. I’ve always found her immensely unlikable and obnoxious, but she is a seriously interesting and compelling character, and a large part of why I’ve read Wuthering Heights several times.