I’m (kind of) your typical home from college kid temporarily living back at my parents’ house. I don’t miss much about having to live under their roof and rules in the suburbs except for the free TV.

So being the intelligent, well-educated feminist that I am, the first thing I decide to flip on after a luxurious sleep-in my first day back is Maury. Nothing like some classic trash TV to drain the brain cells after a grueling semester,except for the fact that I can’t quite turn my brain off and just enjoy what my friends and I call “the ratchetness.” This woman finishes the tirade aimed at her questionable baby daddy then the show cuts to commercials. I’m too lazy to get off the couch and the remote is across the room, plus I don’t really mind watching the ads considering how the TV I usually stream illegally off the Internet doesn’t really expose me to too many commercials.

Right away there’s an ad for a personal injury lawyer, and then almost ironically following that is a commercial informing people how to get out of drunk driving charges. I’m shaking my head from my slouched position on the couch because all of a sudden I understand how all of these things are working together to reinforce certain ideas about the kinds of people that these shows are geared towards.

The way I see it, shows like Maury, Jerry Springer and the like are those kinds of programs that work as sites of spectacle and a medium through which to mock a marginalized population of people, as well as simultaneously reinforce that this is the normal way that lower class people act. The imagery this kind of television instills works to justify divisions among people along socioeconomic and racial lines, and the commercials that air between breaks also maintain this emphasis on difference. We talked a lot about this thing called “hegemony” in my pop culture class this year. The term was initially formulated by imprisoned politician Antonio Gramsci in the 1930s to describe how the Italian fascist regime not only rose to power, but gained the consent of its citizens in maintaining its rule. One central facet of this was legitimizing certain ways of thinking and living as inherently normal. Modern day marketing works very much in the same way: we are fed implicit messages of what is expected in society and therefore these depictions seem normal and commonplace, and to deviate from these norms is unquestionably undesirable.

So getting back to trash TV. The advertisements that air during these shows definitely target specific types of people and I’ll tell you why. Most of the time these shows air at times when people are supposed to be at work, like 10 or 11 a.m. on a weekday. In this respect, any hard-working and contributing member of society is at their 9-5 and therefore will not be at home to watch these shows. From an advertising standpoint, the people who are watching this TV at these times are the unemployed or people on welfare/disability leave, and this reinforces ideas about people who cannot or do not work at certain points in time as being deviant. Not to mention the fact that it’s being advertised is supposed to suggest that it’s a self evident portrayal of what is really in demand for that part of society.

Ultimately the power play at work here is the fact that these ads and types of programming set the structural and mental limits of what is socially possible. This occurs simply because people don’t notice that these messages, although purposefully cultivated, are pushed at us as normal and as a result we passively accept these representations. People are more than the potential that the media sets out for them. 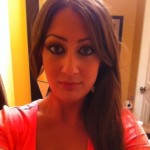 2 replies on “Commercials That Air During Maury”

I’m always interested by linking commercials to TV shows. “Women” shows are easy: pads, chocolate and if they feel very daring some girly alcohol. Men get shaving, alcohol and cars. The challenges come with documentaries, nature and talk shows.

So yes, it feeds on each other. But in this day and age television isn’t our only source of influences of course. What if they go online and zap through.. the Gucci catalogue, dreaming about what they will one day wear? What if they’ll go outside to walk the dog, go to the food bank and see those scarily motivational posters about education and travel and Getting The Life You Want?

Maury and the commercials that surround it are a bubble. Not everyone who watches it will have a needle at hand to push through it, but I am a (naive) believer that most people will move and learn enough to pop out of it and can look back on it with a different point of view.

“In this respect, any hard-working and contributing member of society is at their 9-5 and therefore will not be at home to watch these shows”

Neither of these atributes are dependent on location, employent status or health.