Sometimes we judge books by their covers. It’s true. We can’t avoid it unless we walk around book stores and libraries and second hand shops with our eyes closed, but really that would just be a disaster, so instead we must accept that sometimes it happens. We are drawn to the interesting, the colorful, the abstract. We fall in love with the idea of what could be inside of that beautiful outside. at’s how The Dog Stars by Peter Heller started for me. I was in Costco, my cart full of dog food, bananas, eggs, milk, one toddler, and Frankenweenie on BluRay. My husband doubled back, having forgotten to grab a vat of Green Machine Naked Juice on our pass through the refrigerated section and he left me in the media department. There in was in all its minimalist glory, a steal at only $8.99 and with the word “dog” in the title. It would have gone against my very nature to leave is sitting there.

Following in the popular vein of the apocalypse, The Dog Stars follows Hig and his dog Jasper as they navigate modern day Colorado after a super-flu and subsequent autoimmune blood disease has killed like 99% of the United States population, including Hig’s wife, Melissa. Those people somehow immune to said ailments have gone rogue, scrapping for the resources left unspoiled after nearly a decade of use. Hig, outdoorsman, former construction contractor and failed poet, and his sidekick, Jasper, pair up with an unlikely ally, Bangley, an ornery ex-military man. Together, the trio protect the abandoned airport they have made into a makeshift home but when voices ring through the radio as Hig patrols their bunker in his archaic Cessna he starts to wonder what’s actually out there. Hope blossoms in the fisherman with an artist’s soul, eternal and almost unfair, in such a bleak environment. All the while his faithful Jasper fulfills his need for a co-pilot. Years after hearing the crackle of human intonation mixed in with static, Higs decides to fly beyond his point of no return, fuel wise, and see what’s left of the world outside of his airbase.

Part love letter to all good things, part heart-wrenching gory, soul-sucking question of what humanity could do when left to its own devices, this book surprised me. It was like a sucker punch. One minute I was a skeptic, unsure that my book cover Spidey senses had done me justice and the next I was curled in on myself, emotionally fixated on one man’s tale of loss, pain, suffering, optimism, and attention to the details that are woven together so delicately yet often ignored. And at its heart, it’s also story about a boy and his dog, a relationship so devastatingly pure that it cannot go unmentioned.

That’s not to say it’s without faults. There was something really biblical-feeling about it, which might have had something to do with all the time I spent in Sunday school as a kid. That in itself is not bad, but sometimes it felt a little too Revelations-esque. The paragraphs, sometimes consisting of a single fragment, are jarring and take a while to get used to. The story is told in first person, to no one and everyone, and after a while I just decided Hig must be talking to himself. Otherwise the format would drive me crazy even though much of the prose is both beautiful and blunt at the same time.

I read it in a single night. The purpose of a novel is to make you care about something, and this one does it. It’s a book I wish I would have written but not in the way you feel when you see something clever on an infomercial and wish you had thought of it first. Instead, Heller has managed to use language at its extremes, and in the best possible way. His careful handling leaves you raw, heartbroken, and at the same time, holding tightly to the possibility of so much more than this provincial airfield in the middle of nowhere. 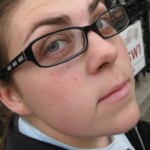