Two weeks ago I brought Mary Sues, and before that I discussed antagonists. So with that said, I want to talk about something that is very personal and near and dear to my heart: I want to talk about the problems with having “crazy” villains. Now, I might have made a caveat back in “Motivate Me,” in which I said you should avoid making “crazy” villains, now I am going to explain it deeper on why “crazy” shouldn’t be used as a flaw or a negative and explaining some of my childhood with mental illness and having a developmental disability.

One of the biggest pet peeves I had as a teen was whenever the villain or the antagonist shows up in a novel, movie or video game, his major flaw or his counterpoint to the protagonist has to do with something being mentally wrong with him. It was predictable and frustrating and, for a kid dealing with mental health issues, it was painful. As soon as the villain is proven to be crazy or insane or having some sort of mental defect, I usually start disassociating the villain and lose interest in his story. Because I know how it ends. How it always ends. The mentally ill villain is defeated by the good protagonists, the sane heroes save the world. Granted, the crazy villain can be portrayed in many lights, some can be like Hannibal Lecter, cool, calculated and cunning; some can be Norman Bates. In the end though, the concept of psychosis on a villain is used as a logical reason for the reader to distrust or dislike the villain and to trust the hero. The problem is that this formula is rather outdated and needs to be remade.

Let me be clear, some folks with mental illness can be bad people; most with mental illness are perfectly decent. My problem is villains shouldn’t be evil just because they are crazy. That needs to go. Mental illness shouldn’t be used as a core reason for the malice of a villain. It can be part of his motivations, sure, but crazy doesn’t mean evil. Yet even today in our modern crime dramas, how many homeless, unwashed schizophrenics are showcased to be absolute messes, often red herrings and sometimes the villains or killers. How many alcoholics or addicts are shown to be abusive? The stigma of mental illness is still perpetuated and fed into us through media and I am, frankly, sick of being the plot device or the bad guy.

Now making a villain with mental illness or a psychosis isn’t a problem, it’s executing it right so you won’t feed the whole “beware of them crazies, they’ll getcha” trope that has been going on for decades. First, it’s clear to always do your homework and research. Knowing your villain’s motivations and goals is also key, too. How does this mental illness effect his motivations? Does it help it? Does it get in the way? What can you do to use their personality and traits to make the story more cohesive? Ask yourself those questions as you write. Lastly, don’t use mental illness as a karmatic punishment. Bad people don’t get to be crazy because they are bad. It was the one thing that really got my goat with Avatar: The Last Airbender, how they took Azula’s personality and character and turned her into a cartoon of herself. Mental illness and psychosis should be handled with great clarity and nuance and everyone should take the time to make fully fleshed out characters with complex and interesting backstories and plots. We should have both “crazy” protagonists and antagonists.

Unicorns, I’ve got some homework and follow-up questions. First, name a villain who you wrote, tell me about him or her, and why she is interesting and complex. Second, what kinds of tropes or clichÃ©s bother you in fiction, and how would you fix them? 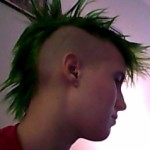 5 replies on “The Insanity Defense”

I think very important in using “crazy” is reading up on your diagnose. No, schizophrenia isn’t (just) hearing voices, people with MPD don’t talk out loud in different voices. Even if you connect it to the bad guy, make sure it bleeping counts.

In my opinion. Besides that I think it’s an easy cut to make a villain the villain because he’s mentally different.

I have a villain (Nick Lang) who likes drowning people, but it’s because he’s a nix mainstreaming as human. I hadn’t thought about it, but I’ll have to be on the lookout and make sure he doesn’t become a metaphor for mental illness.

His family doesn’t know he’s a murderer, but they do know he’s a nix. The waterfolk community calls on him regularly for help regulating local violent animal-type water spirits (like kelpies, etc.), so they think he’s a helpful kinda guy even though he’s a little unsettling.

One of my pet peeves goes along with your discussion of “crazy” villains, but isn’t exactly about writing them– it’s the “crazy” woman in acting/onscreen. Drives me nuts– it’s like if you can’t portray someone with a mental illness in a complex and sensitive/realistic way, you’re allowed to just flail around with your eyes open real real big and not even try. My best right-off-the-top-of-my-head example is definitely Mary-Louise Parker in Angels in America.

I will admit that the way mental illness is talked about in fiction often bothers me and, to be honest, it bothers me to see people referred to as schizophrenics, as opposed to people with schizophrenia, but perhaps thats simply the way organisation do things here. I don’t know.

I’m on the fence with stereotypes, though. People with mental illness are more likely to be victims of violence than be perpetrators, however homelessness – for instance – is a very big issue for more vulnerable people.

I guess my biggest issue is a mental illness being used by the author when the behaviour/symptoms are of a different mental illness. As well as Paranoid Schizophrenia being (often, it seems) the default bad guy diagnosis. Rick Riordan comes to mind: http://persephonemagazine.com/2012/12/21/caregiving-talking-about-mental-illness/

[quote] it bothers me to see people referred to as schizophrenics, as opposed to people with schizophrenia, but perhaps thats simply the way organisation do things here. I don’t know.[/quote]

Ehh, person first language is one of those hot buttons for me, I usually don’t care if a person who has the identity and calls himself either or, but I don’t like it when neurotypicals police what language people with MI or DD should use.

Hmn. I’m not quite sure what you’re getting at, these are mental health organisations/charities that promote “person first language”. Individual preference is certainly to be considered, but on a wider stage, as I said before – here at least – the move is to be “person first”.