Beagles are among the most popular dog breeds, and for good reason. They are a smaller breed, and with those big, brown eyes and their floppy ears, they are super-cute. Young beagles exude enthusiasm and joie de vivre, and their older peers, while not as energetic, are equally shameless in their pursuit of attention and cuddling.

A greeting from a beagle is an experience not to be missed. They’ll approach you with huge smiles on their faces, eyes shining, with their tails wagging rapidly, and then if you are lucky, they’ll make a beagle sound. Beagles make a range of sounds to express themselves. They yodel, croon, groan, creak, howl, yip and straight-out sing when they are happy. Most beagle owners are familiar with a half-dozen or more beagle sounds.

Beagles are bred for hunting, and even as companion animals, they use their magnificently oversized noses to explore every inch of their world. Their noses are geniuses, works of engineering and architecture that hint at the existence of a divine entity. Beagles’ noses can find the smallest speck of food on the floor. They’ll never forget the dog treat that skittered across the floor and ended up under a heavy piece of furniture, and they will never stop trying until the food is gone. Even if you drag them away, at some point, they’ll always come back to it.

This brings me to what you really need to know about beagles, in case you are considering one:

Beagle Owners and Why They Are Awesome

So, what kind of people own beagles? In my experience, they tend to:

LEVEL OF OWNER EXPERIENCE NEEDED: WARY BEGINNER. As long as you are prepared for a little chaos, some scammage, and a few lost sandwiches, a beagle is a great starter dog.

So there you have it — an introduction to why the beagle is such a great dog, and why their owners are pretty fantastic, too. There is so much more I could write about them, but I’ll save it for another column, perhaps one on the legendary Party Beagle.

16 replies on “A Guide to Beagles and Their Owners”

A friend has a beagle. He’s a goober, and she’s had to duct-tape his automatic food bowl shut because he has (and will again) knocked it over, nosed it open, and eaten ALL of the food in that thing. She also has to keep the bag of his food in the basement (which is the cat’s territory, and they’re not best pals) and in a locked, out-of-reach cabinet. Otherwise? Burt Reynolds (YES THAT IS HIS NAME) will find and eat all of it in one sitting.

I borrowed the guest room for two weeks, and had half a bag of individually-wrapped chocolates hidden in a bag. This kid got the door open, found the bag (which was under and behind LOTS of other things), and emptied it. And was fine. He’s a little bit food-oriented. And a sweetheart, which was great until I was trying to do things and he wanted love RIGHT NOW. Then I got the deeeeeeeeeeeep siiiiiiiiiiiiiiigh while he trudged to his crate and waited for attention. He would also fake-cough because he knew I’d turn and ask if he was okay.

He sounds like a model beagle. I’m glad you mentioned the deep sigh. It is SO unsubtle. They are hams. Even the trudge is ridiculously over-the-top.

Oh, he’s a trip. Anyone has food? He’s at your side. Wants outside? Howling and pacing (or he’d play “I HEAR SOMETHING SCARY HELP ME INVESTIGATE”, which includes following him to the kitchen door and he does the look-at-the-door-look-at-you thing until you get the hint). Wants attention? DOG FACE IN YOUR LAP. Not paying enough attention? Dramatic sighing and trudging of DEEP FEELS.

He’s the perfect dog for my friend. She loves that clown and he knows it.

Our dog is half a Beagle, half German Shepherd/Rottweiler but it’s clear that the Beagle is ruling in that brain. She has the Stare Into Nowhere down pat and she was the only dog we had to educate again after her puppy puberty.

The beagle side always has a lot of control, no matter how much bigger, stronger or smarter the other breeds are in the mix. The force (of will) is strong in those ones. Would you mind posting a pic of your dog? I love to see beagle mixes.

Attached is her as a baby

And this is her grown up. 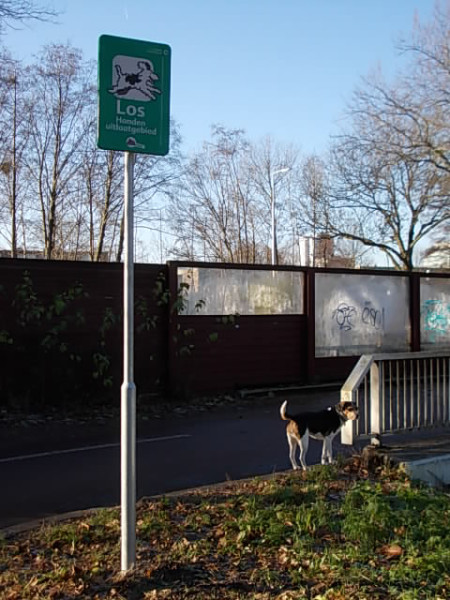 The father was a tall black German Shepherd, but she’s just a little bit taller than pure Beagles.

We had a Corg pup, we had Doberman pups but by Jove, KiaOra overruled them all in absolute cuteness (possibly because she sneezed at bottles of alcohol and attacked pineapples)

Puppies are the best in general. And all of the above breeds are awesome. I also love German shepherds (especially the puppies, and EXTRA ESPECIALLY when they still have leaning ears).

Soooooooooooooooooooooo cute. And she has a slight bit more dignity than the average beagle pup, so I imagine that’s the GSD in the mix. She’s positively elegant as an adult, even if she doesn’t act that way. Thanks for sharing.

A friend of mine has three beagles and two toddlers. I have *no* idea how she does it.

She has embraced impermanence to a level few on earth can possibly rival.

I’m staying with her soon… thank you for the warning :)
(two of the three beagles have met me before, at least, so hopefully their noses will remember. The kids, on the other hand…)