I was probably nine or ten the first time I read The Bluest Eye. I wasn’t ready. As an adult working at a library circulation desk, it’s easy for me to get upset whenever I see parents vetoing their children’s book choices; this book is “too girly” or that book is too “mature.” But when I think back to that summer — like I said, the chronology is fuzzy but I do remember it being a horribly hot summer — I sort of wish my mother had stopped me. Sort of.

My younger sister and I had just enough freedom when it came to reading choices that, on occasion, we would pick up something that really and truly we were not ready for*. My mother was and still is an almost pathological reader, and I can’t recall her ever once taking a book from me for being “inappropriate” or not giving us permission to check something out on one of our weekly trips to the library. My choices were pretty tame 90% of the time, and this hands-off approach encouraged me to pick up anything that looked interesting to me, to search both my mother’s shelves and the library’s, to not see any genre or subject as off limits, to treat all books as valid for the simple fact that any book encourages someone somewhere to read it.

But picking The Bluest Eye off a library display (mostly because it looked vaguely historical, and like it must have also been intolerably hot** wherever the little girl on the cover was), while not a mistake necessarily, brought me into a world I couldn’t have been prepared for. It was meant to make you feel something, of course, and I wouldn’t trust anyone who isn’t moved by Pecola’s story. But as much as I was horrified while reading about mental illness and sexual abuse and pretty much everything that takes place in the book, what haunted me the most at the time was the realization that racism was not just a bad thing that bad people took part in, but that it was some bigger system, and that this system had a name. Naming a thing, even a thing that has lived in your periphery for your whole life, gives it a power and makes it something that must be reckoned with. Obviously I understand this now, but back then, it was a lot to think about between episodes of Hey Arnold!

It also made reading a bit dicier of a prospect, which was devastating to someone like me who was just beginning her lifelong love affair with history and historical fiction. Unfortunately, the message I took away from The Bluest Eye, and later forays into historical fiction about people who looked like me, was that my reading choices would be limited to a very short span of history, a handful of centuries in a hostile land where we were either under a literal yoke or a figurative one. In those misguided years until my black consciousness phase in high school, I compulsively and jealously read the stories of others; of medieval Europe and the revolution in white America. Even my early encounters with fantasy were disappointing, and the books I managed to find on my own were ones where the brown girl was still just the heroine’s friend.

Perhaps if I hadn’t been too shy to ask a librarian for help, someone could have told young me that not all my history was depressing and not all historical fiction would traumatize me. I’m not a romance reader, but I wish someone had told me about writers like Beverly Jenkins back then. From what I can tell in my limited experience with her, Jenkins’ books are not exactly what we could call historically accurate, but that makes her early work no less useful to those who need it. What made Wild Sweet Love a tough book to get through now would have been just what the doctor ordered that summer fifteen or sixteen years ago, when my harsh and overwhelming discovery that racism was systemic was still fresh.

The story centers on Teresa July, a black woman and train robber in the Old West. In the beginning of the book she is imprisoned by the state and later is taken in by a society matron of Philadelphia’s black elite. Because it’s a romance, her rescuer has a handsome son named Madison Nance, who our heroine feels is arrogant but also finds herself “mysteriously” attracted to. Teresa July’s tale is unique for centering on a black woman who is not just in but unquestionably from the mythologized American West–she resents her imprisonment in both a cell and a city for taking her away from her favorite horse and away from the wide open spaces and bright sunshine of her beloved south Texas. Plus she’s sassier than most romance heroines I’ve read (which admittedly have not been many), and she’s not shy about saying what’s on her mind. In a particular favorite scene of mine, when Madison accidentally stumbles upon Teresa changing clothes and she catches him looking her up and down, she tells him to “pick [his] eyeballs up off the floor before they get stepped on.”

There’s something to be said for giving people who have experienced racism a therapeutic escape; a world where a black person in 1897 could actually expect a legal arrest at the hands of a U.S. Marshall and due process of law, not to mention a supervised early release for good behavior. I had a hard time suspending my disbelief at first, but I have to admit that eventually I found myself enjoying the softer world that Jenkins built. She may not have turned me into a romance reader just yet, but I won’t say I’m not looking forward to checking out some of her other books. I don’t know when I’ll be in the mood for it, but I think the next one I’ll try will be Night Hawk, which is another western. This time the main character is a man, which meh, but also he is a bounty hunter. (A bounty hunter.)

The thing that those of us reading from margins of literature sometimes need to remind ourselves is that  there’s room for both Morrison’s trauma and Jenkins’ escapism in our historical fiction. And there’s room for all of the stories in between, like the multi-decade, multi-continent tale of Aminata Diolla, full of horror but also full of life, and survival, and something like hope. We meet her in 1803 in Lawrence Hill’s Someone Knows My Name (published as The Book of Negroes in the author’s native Canada), a free black woman in her late seventies living in London and writing down her life story. She begins at the beginning, not just at her capture and enslavement but years before, where we meet her family and her village and her desire to do more and be more than just another woman living the life that is expected of her.

We see her whole — her father clandestinely teaching her to write a few lines of the Quran in the mud, her attempts to navigate the political hierarchy amongst her fellow captives as they all try to survive the Middle Passage, her clever descriptions of the vanity and “suffocating empathy” of the London abolitionists who want her to speak before their king and Parliament but only on their own white male terms. We watch as (like diaspora will do you) the pieces of Aminata’s free life and her enslaved one come together and turn into something different, something new, simultaneously inseparable and irreconcilable. I don’t mean it to sound like I’m minimizing her struggle, like the time I went on a black heritage plantation tour and some old white dude couldn’t wait to point out that if slaves built musical instruments and made dolls for their children then “it couldn’t be all that bad.” Humans are gonna be humans. For some of us, when faced with trauma, that means shutting down completely. For others, it means Oprah’s-Book-Club-ready stories of overcoming the shitty odds and finding peace or something. My guess is that most of us are somewhere in between the two, living life and hopefully getting by with joy every now and again even under the worst of circumstances. Watching Aminata reckon with her own story and her own  identity is fascinating and sobering, sometimes thrilling and more times depressing; but never does a note ring false or an emotional moment, even the “happier” ones, fail to knock you to the ground. While reading about Aminata’s life on the slave ship, I came to another realization about the power of names. Yes, we can no longer ignore a thing once it has a name, but once it has a name we can finally seek out others who know it too. Naming gives us the power to remember as well, and the names of people and the places they are from matter.  Aminata and her fellow captives acknowledge this very thing as they pass each other’s names and villages around below decks:

He repeated my name over and over, and then added, “I must hear you say it. Please. Say it. Say my name.”

“Someone knows my name. [That] makes me want to live.”

*I still stand by the time I stole  two Margaret Atwood books from my then nine-year-old sister when I saw she had them. I thoroughly enjoyed reading them in her stead, and she’s mostly a well adjusted person now.

**I promise, if I mention the heat one more time you’re allowed to check my blood for traces of Sebacean DNA. 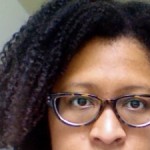 Ashley is a North Carolina based aspiring librarian and amateur historian (if by "historian" you mean "one who loses many hours to dynastic Wikipedia spirals"). She does not hate the South.

This was a really eye-opening read. Very interesting!

I’m not even going to pretend I went through a similar trauma, although I can remember Mockingbird and my realization of ‘wait a second ..’ on slavery. My fiction trauma was more centered around Virginia Andrews. They did what with each other?

VC fucked us all up, man. She was an equal-opportunity horrifier.